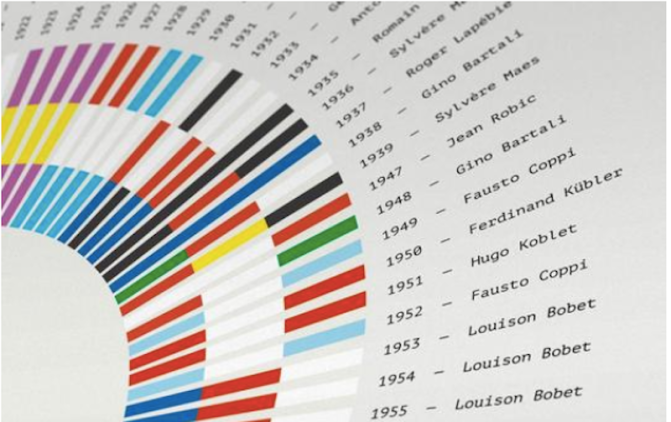 As the season progresses and cycling fans hear the siren call of the Tour de France, our minds, hearts and wallets turn once again to … groovy cycling posters. To kick July off, I had a chat with Rob Millington, the designer behind The English Cyclist. And we’ll be running a competition to win one of his posters through Twitter during the Tour so #StayAlert!

VeloVoices: Tell us a little bit about yourself.

Rob: I grew up in Yorkshire and live in the Peak District with my partner and our two children. I’m a digital designer by day and The English Cyclist is my passion project. 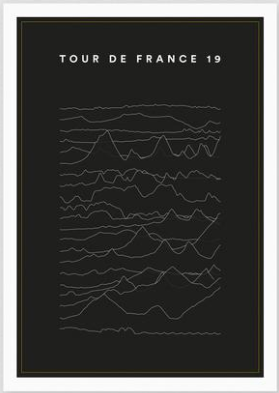 VV: How did your love of cycling begin?

Rob: Growing up in Yorkshire, cycling was a necessity to see my friends. Then when I went to uni in Manchester, I just kept at it. I worked in London for a few years and I hated getting on the tube so I always chose my bike for commuting. So for a long time, cycling was a means of transport until I was about 25.

Then, I decided to do the Land’s End-to-John O’Groats ride, which was 100 miles a day with panniers, and that got me more interested in the road scene. I started to enjoy the adventure of cycling. So when I moved back to the Peak District, I joined a local cycling club – that’s when I had to commit to wearing lycra, which came as a bit of a shock! My interest has just grown from there.

VV: So how did you get interested in pro cycling?

Rob: When the Tour de France started in Yorkshire in 2014, it went near where I lived at the time. I was shocked by the thousands of people who turned out to watch it. I had ridden the route on my own, which was pretty hard, so I was impressed by the physical feat of it for the riders. 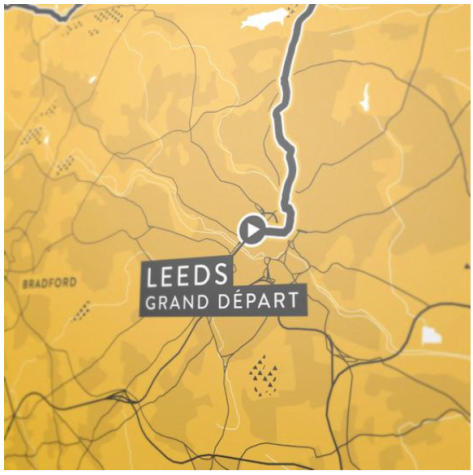 Around that time, I was working on a design project at work that included maps, so I made the Grand Depart poster [detail above]. We’d just bought our first house and I had a few of those designs on the walls and people would comment on them and thought they were really cool. So I put the poster up on etsy and sold about a dozen a month – it was a great way to make some extra money. When Christmas rolled around, I’d made a few more designs, particularly the jersey posters, and I sold a lot of those over Christmas. The more I thought about designs, the more research I did and I started to really pay attention to pro cycling. I started my own site in 2017 and, because of my day job, I could use all my digital marketing skills and branding skills.

VV: Where do you get your inspiration?

Rob: I trained as a graphic designer, so design is in my blood. At uni, I got into the Swiss designer Joseph Muller-Brockmann – the grid master! Learning about him got me into the Bauhaus movement so I really like that very simple, bold, geometric design and that comes through in my own work. I also look to infographics for ideas.

Tour de France winners by country; from £25; The English Cyclist

VV: What are your best-selling designs?

Rob: The Tour stuff is always the most popular and the jerseys posters sell really well. People quite like the Joy Division-styled posters [shown at the start of the post] as well. I’ve recently started creating iconic climb posters, like Alpe d’Huez, which I can personalise for riders who’ve conquered them!

I’ve also started working up designs for mugs and teeshirts. Because my posters are data-driven, infographic designs, transitioning those into a teeshirt or a mug doesn’t always work so I’m trying to find a different type of design for those. But my first love is designing the posters, so those will probably always be my focus.

In Rain We Grind tee; £25; The English Cyclist. Other teeshirt designs available

Rob: I’d like Adam Yates to have a go! I think he has a good chance, he’s a strong rider, he just needs to put it together. He’s also local so have to cheer him on.