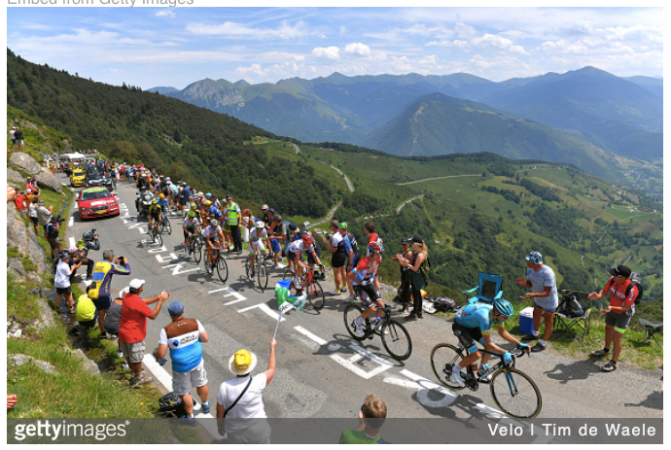 It was a big weekend for racing with national championships (#BatChamps!) taking place hither and yon! Plus it’s the weekend before one of the biggest weekends in the sporting calendar. They shall be departing grandly in Belgium next Saturday. It’s all been fished out of the Twitterstream, including more Bora shower pics!

One of our Midge’s favourite times of year, the national championships (#batchamps) had its big weekend and here are the results.

and that concludes #BATCHAMPS for now. My favourite win? Has to be WAWA. Thanks for the company on the busiest race day of the year…

Bora cleaned up across Europe (not unlike those shower pictures that we will come to in a minute …) with SIX batchamps in their midst now. (If only they would stop the whole ‘brotherhood is coming’ hashtag – really creepy)

Hopefully, Bora will do the Italian champs jersey proud for Davide Formolo – and not like that vertical-striped monstrosity that Vivz wore to the Giro.

Wout…and forward to the TDF with 1st in the TT and 3rd in the RR under his belt#BATCHAMPS https://t.co/w53ILRgrCa

Meanwhile, over in France, we have young Warren Barguil takes (possibly) the most beautiful jersey of the bunch.

From your lips to the ears of the cycling gods WAWA https://t.co/O3DKn85IHb

Jungels! BOB JUNGELS! gets the prize for most outstanding hair … ever!

Best way to get back to racing👌🏻 I’ll wear it with pride 🇱🇺 📸 Serge Waldbillig / Roland Miny pic.twitter.com/cCq407Hwic

If there’s a Van in your name, you’re pretty much a shoo-in

Funny thing in this national champs weekend: the national RR title of Barbados 🇧🇧 goes to a guy names Gregory VANDERPOOL!
You can't lose with that surname 💪🏻

And last but not least, a very popular win for Alex Howes – the new US national road race champion.

Alex Howes on his U.S. national championship road race win: 'I willed myself back up there' https://t.co/6n06iHTKnm

"I can't put the feeling into words." – @alex_howes minutes after his #USPRO win, which was 10+ years in the making.

No doubt Howesy will do the stars and stripes proud. pic.twitter.com/1rNEoVRQrt

Getting ready for green

But one guy who didn’t get a batchamps jersey was Peter Sagan (his brother will be wearing that instead). He has had a good run, though – 8 continuous years of not wearing just a regular, standard-issue team jersey.

For the first time in his career, Peter Sagan will race the Tour de France with his team's jersey.

But how will we recognise him in the peloton?? After reading about the Bora batchamps, looks like Fidel has it just about right!

Peter Sagan will remain the most easy to recognize rider in pro cycling as the only rider with BORA team kit.

Peter just scrubbing up for the grand depart …

Summer is here and so is the Tour de France 2019. The Grand Départ of Le Tour will take place in 7 days time, on 6th July. Good luck! #TdF19 pic.twitter.com/ZfqTAnMpeJ

This is just downright disturbing – but could we imagine anything less from Daniel Oss?

We’ve all taken a shower with our shorts on the the room that Frankenstein’s monster was brought to life, haven’t we?? pic.twitter.com/sZCPECwZv5

One thing that I really like about Peter is that he makes himself available to his fans, especially the kids.

The future belongs to children. It's always a pleasure to be with the young cyclists taking part in the Peter Sagan Kids Tour in Slovakia! pic.twitter.com/JgrwYHPFEE

Getting ready for yellow (possibly)

With Froome and Dumoulin out of the Tour this year, it feels wide open – and we’re hoping that the GC will be hard fought, right up to the end of the penultimate stage. Will Ineos dominate this year? I’m not so sure …

Jakob Fuglsang is on fire – with a strong team to look after him, who knows what the road will bring for him!

Surprise…officially part of the the Tour team! have been working hard towards this years tour and right now doing the last preparations in the Alps. I believe that we have a super team for this years tour and I’m proud to have these boys backing me 💪

This could be interesting …

Adam Yates will have brother Simon riding shotgun for Mitchelton-Scott at the 6-29 July #sbstdf as he attempts to claim an elusive podium position in Paris.https://t.co/XJLIdf6MDX pic.twitter.com/yH83xJREfu

While everyone gets ready for hard work

Hey 🙋🏻‍♂️ I have a really exiting news to share with you ⬇️ #roadtothetour @LeTour @TrekSegafredo @koo_world_ See you in Bruxelles next week 👊🏼 pic.twitter.com/92IpuiLUGd

With its high mountains, fast sprints and incredible fans; who is excited for @LeTour? We definitely are!🤩 #KeepChallenging

There are some new jersey suggestions. Suggestions we think are fabulous .

I have some suggestions for new jersey classifications at the Tour.
Best turned-out
Worst tactics
Most improbable rider in the top ten
Best Yates

And then there’s those who won’t be in France

This one hurts. I love PhilGil and he would have been such a great road captain for the team.

Oh @PhilippeGilbert was so looking forward to cheering you on TdF won’t be the same without you buddy but as sad as it is we have to respect your decision 😢😢😢 pic.twitter.com/jzKaZmyjNP

Face camp will be in three weeks. https://t.co/iVsjrkTQv8

I want I want!

Take note. New to the Rouleur Emporium, three beautiful notepads, each featuring a different one of our favourite members' covers, including one you won't have seen before… https://t.co/yBnTXgjaSF pic.twitter.com/CBKZcngVsX

Marriage is a team effort, so we divide responsibilities when it comes to critters in the house: She takes the spiders, I handle the geckos, and it takes 2 to conquer ants. Today, we learned that bats also fall under my domain…. Little fella just wanted to escape the heat!

May as well head to the registry/deed poll and get it properly changed now it’s been acknowledged at the highest level. Need all helps at the tdf I can get. https://t.co/iOtxJzhHPX

This is Lachlan Morton checking in from John O’Groats, Scotland, the finishing point of #GBDuro. He calls the #alternativerace “the most incredible journey of my life.”

This sport is different 😍😍😍 pic.twitter.com/CpYvmMMvpd

Thinking is, or ought to be, a coolness and a calmness; and our poor hearts throb, and our poor brains beat too much for that.