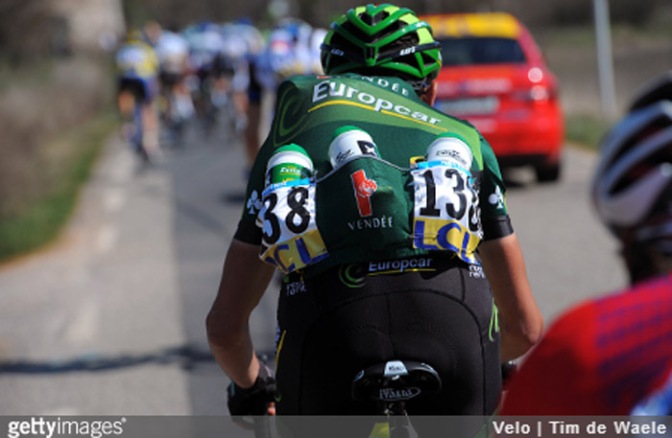 It’s time to salute and sing of the praises of riders who rarely take the spotlight themselves. The last ones standing by their leader on the mountain or in the white heat of the sprint. Need some pace setting, a bidon, banana or waterproof? These are the teammates you call. Here’s our unsung hero selection. But if you’d like to sing the praises of someone not on our list, it’s time for a write in vote …

Midge: Quick-Step Floors scored 75 victories this season with over half of these credited to their phenomenal stable of fast men. The Quickstepper sprint train is a finely tuned precision machine but I’m going to highlight Michael Mørkøv as a key component. He KNOWS what it takes to deliver his sprinter to the launch pad. Look at any of Elia Viviani‘s victories this year and you’ll likely see him tucked into the Dane’s wheel. I love the way he brings all his track skills to the road. He’s cold as ice in those crazy last three kilometres as the sprint trains weave in the white heat of sprint battle, alert to danger while keeping his man safe. Then BAM! winds the speed up to the max to launch his sprinter at the opportune moment. It’s a skill of great beauty to watch, you couldn’t ask for a better poisson-pilote and it’s about time he got an award!

Euan: “Jack Haig setting the tempo on the front” was a familiar call from cycling commentators this year. During Mitchelton-Scott’s assaults on the Giro and the Vuelta, Haig was a vital cog in the machine that came oh-so-close in Italy and nailed it in Spain. Haig has huge potential and GC ambitions of his own but during his two 2018 Grand Tours, he let his teamwork do the talking. The Aussie never once making a “look at me move” that might have got him attention but put Simon Yates in danger.

It’s fair to say that without Haig’s selfless but strong riding, Simon Yates would have found the path to his first Grand Tour win a lot harder.

Groupama-FDJ at the Giro

Kathi: There’s no doubt about it this year’s edition of the Giro was as brutal as it was surprising. We witnessed so many examples of suffering and teamwork but my nomination goes to the Groupama-FDJ’s Giro team. Thibaut Pinot was storming the Giro (he loves those Italian races!) and only had to hold his position in stage 20 to take the third step of the final Giro podium. But it quickly looked like the Frenchman blew up – until it became obvious that the problem wasn’t simply him not having the legs. He couldn’t keep gels down, he was riding all over the road, clearly in distress, looking delirious. His team surrounded him, never left his side and shepherded him to the finish line – and then into the back of an ambulance. Thibaut rode that stage with such heart – and pneumonia – and his team matched that heart as they took care of their ailing leader. Unsung heroes all.

Lukas: Let’s talk about Trixi Worrack. Two years ago, the veteran German suffered a horrendous crash and underwent emergency surgery to remove her left kidney. She came back, and has put her considerable skill and experience at the service of Canyon SRAM. Indispensable to the sprint train and the sprinters where precision and nous are at a premium. Integral to their TTT success at the world championships this year – claiming a record fifth gold medal at the discipline. She moves to Trek for 2019 – what a mentoring asset to have on board!

Sheree: Fabio Sabatini joined the Wolf Pack in 2015. Since then, the Italian rider established himself initially as a key member of the Mark Cavendish train, then Marcel Kittel‘s when he joined the team. He notably contributed to the German’s five victories in the 2017 Tour de France before Kittel left to join Katusha-Alpecin. The German sprinter wanted to take Fabio with him but the Italian preferred to stay to support his compatriot Elia Viviani.

Here’s an extract from the team’s website which describes Fabio:

A real team player and a selfless rider, always ready to work for others, Fabio is also one of the most appreciated lead-out men in the business, having proven his quality over the past seasons. 2018 will see him reunite with former teammate and fellow countryman Elia Viviani, with whom he hopes to rekindle that special connection they had on the road at the beginning of their career.

Well, he reunited with his former teammate and we all know how well that turned out. Viviani won more stages than anyone else this season. Job well done, Signor Sabatini!

Poll is open until 11.59pm on 14 December – after which, stay alert for our Awards podcast!