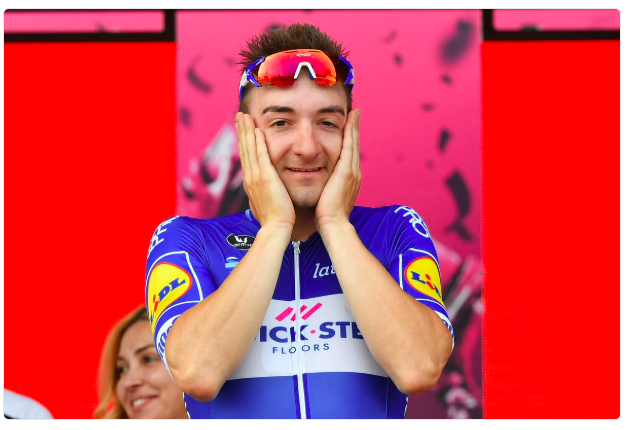 It was one of those stages – a one-star flat stage where everyone knows it’ll end in a bunch sprint. And it did. But what a bunch sprint. QuickStepper Elia Viviani went hell for leather after finding himself woefully out of position in the last few hundred metres to deny Jakub Mareczko (Wilier Triestina) the stage. Meanwhile, the intermediate sprint stage earlier in the race was the opportunity Rohan Dennis needed as his BMC teammates led him out to take 3 tiny seconds that put him in pink at the end of the day.