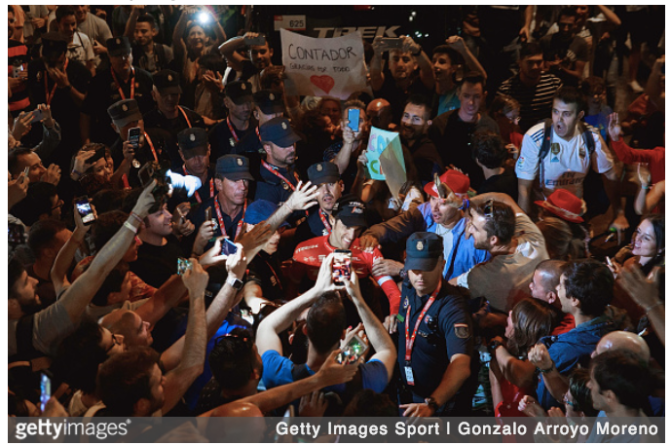 We’re spoiled for choice here … three legendary riders and a footloose, fancy-free film crew are up for our Lifetime Achievement Award. If we’ve forgotten one of your favourites, write them in!

Kathi: The greatest Classics rider certainly of his generation, arguably of all time, Tom Boonen has been a superstar for his entire career. Heart and soul of the Quick-Step team, in all its incarnations, he spent 12 of his 13 seasons at the Belgian team. He won his first Flanders-Roubaix double with his very first Flanders and Roubaix wins in 2005  – and went on to win Flanders twice more (2006, 2012) and Roubaix three more times (2008, 2009, 2012). He’s won E3-Harelbeke a record five times, including four consecutive years from 2004-2007; and Gent-Wevelgem and Kurne-Brussels-Kurne three times. He’s won six stages in the Tour de France, including the green jersey in 2007, two in the Vuelta, and he was World Champion in 2005. Bizarrely, for all the success in inclement Belgian races, he also is King of Qatar with a (so-far) record four wins. He’s had his ups and downs, but through it all, he seems to have worn his fame lightly and has always been a fan favourite. His fairytale ending of a fifth Roubaix win before retirement didn’t come true, but oh how we loved watching him try…

Sheree: It has to be notable retiree, Alberto Contador, a rider whose career I’ve followed with interest and who leaves what best might be described as a contradictory legacy, after losing his 2010 Tour de France and 2011 Giro d’Italia titles. For me, he’ll be remembered as the greatest stage racer of his generation and one whose mere presence in a race made it much more exciting. So, let’s forget the career lows and concentrate on the highs. After all who among us can forget probably his greatest heist at Fuente Dé, in 2012 Vuelta a Espana? A race he won once more in 2014, after falling and breaking his leg six weeks earlier in the Tour. He won the Giro again in 2015 as part of his attempt at the Giro-Tour double but in the last two years of his career, he’s really raged against the dying of the light.

Midge: After six glorious years with the Aussie WorldTour team Dan Jones called that’s a wrap on his Backstage Pass videos one last time at the Vuelta. His films took us inside the incredible bubble that professional cycling is and he made us care. Through him we laughed, we cried and we lived the team’s journey with them and that’s pretty damn special.  We’ll all have out favourites but for me it’s Mathew Hayman’s 2016 Paris Roubaix #AlwaysKeepRiding

Panache: Thomas Voeckler, the rider with the most recognisable of suffer-faces in cycling, made his final farewell to the sport after 16 years in the peloton. It’s rare that a rider stays with one professional team for his entire career and it’s fair to say that Thomas’s loyalty to his team and teammates kept Jean-René Bernaudeau’s show on the road numerous times. How fitting that the final act played out at the Tour de France, a race that has defined him and that he animated with panache and doggedness so many times. Four stage wins (2009, 2010, 2012), two 10-day stints in the maillot jaune (2004, 2011) and days galore in the polka dots. He was the French housewives favourite, he was my first twitter avi and I’m gonna miss his grimaces.