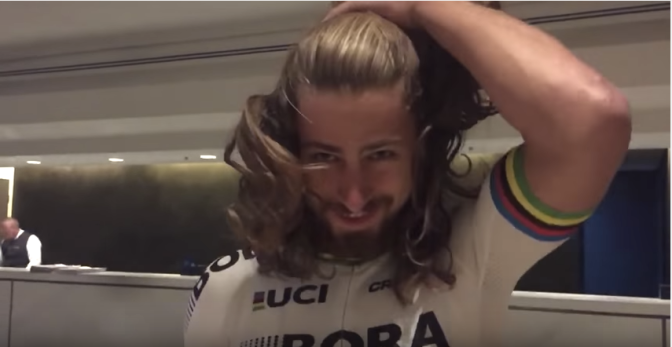 Another roaring edition of Tweets of the Week – we have a flying Valverde, an Oman boyband called Greg and the Van Avermaets, in the car with That Boy Phinney – followed on the road by Daniel Oss and his lustrous curls, and Geraint Thomas in charge of an airplane* (*this might be an alternative fact). Don’t just stand there, let’s get to it …

All hair and teeth

It’s the brilliant Peloton Brief’s slo-mo hair toss, this time with the Lion of the Peloton shaking his mane out for all to see. This just might be one of the greatest tweets ever ever ever …

Does anybody else think of this when they see it, though? 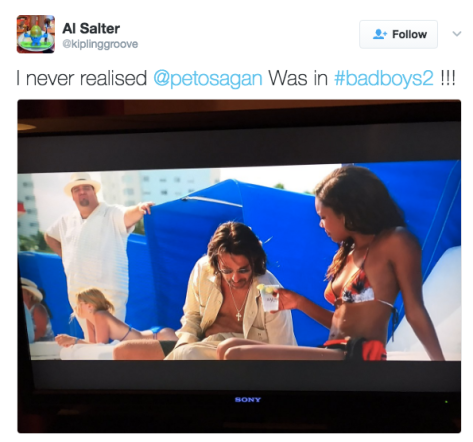 No hair conversation would be complete without a tweet from Daniel Oss – I’m now obsessed with the perfection of his teeth.

While That Boy Phinney might not be able to whip his hair, he seems to be able to make it defy gravity. 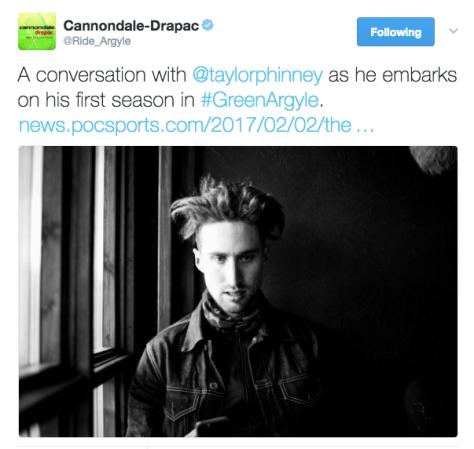 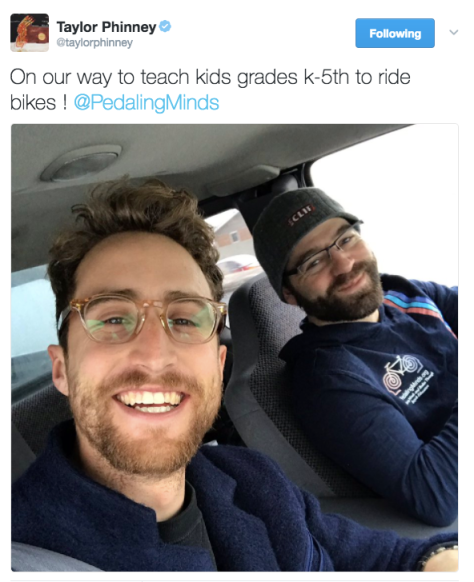 Alejandro Valverde won La Vuelta a Murcia the other day with an audacious breakaway 60km from the finish that saw him … literally! … flying down the road. 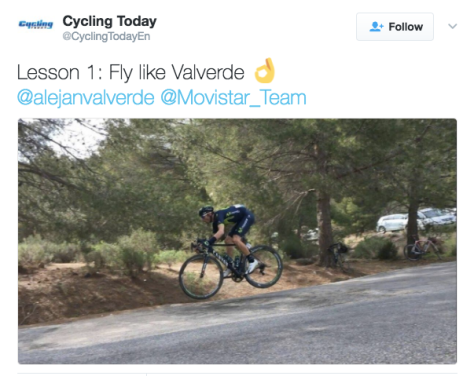 He was going quite a bit faster than this guy.

But back to his win … ProCycling Stats have Valverde down for 82 pro wins so far. Wonder if he’ll hit the magic 100 this season? He has a contract until 2019 so he has plenty of time before he retires (if he ever retires … not ever heard him talk about that …) 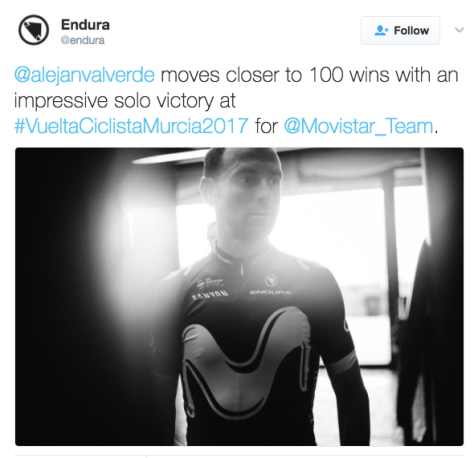 Yes. It’s true. Does this mean his starring role in EastEnders will be brought forward? (Is he wrapping that with the innards of a jiffy bag?) 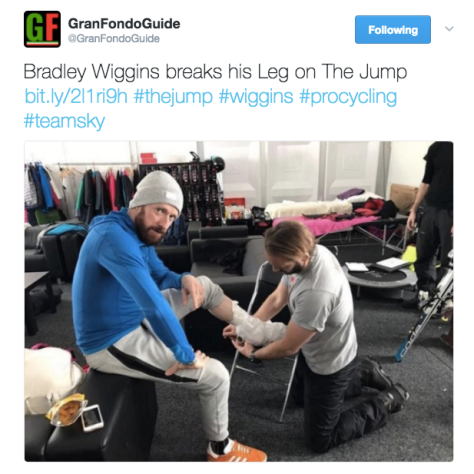 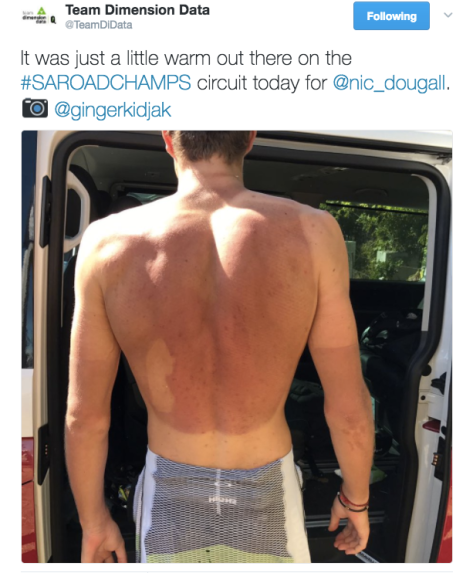 It’s the new boyband: Greg and the Van Avermaets waiting to start their medley of Osmond tunes (Love Me for a Reason! Crazy Horses! dare we dream … Puppy Love!)  at the presser for Oman. 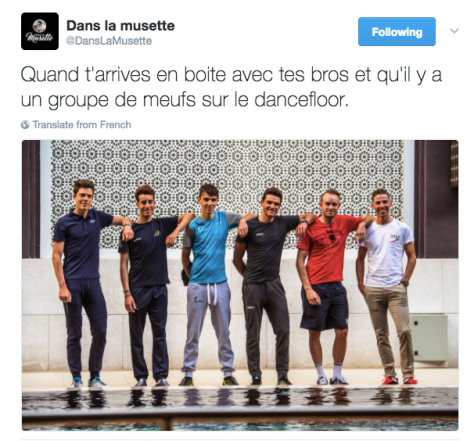 Seriously – does G look about 7 in this picture? 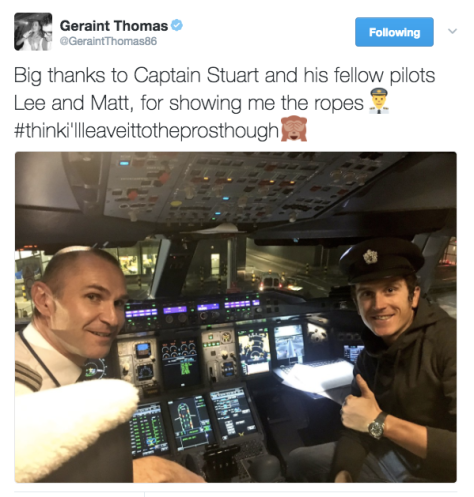 I don’t think three constitute a mafia. Have Rouleur guys never seen The Godfather? (I would say, however, that KwiatKrush is the only one so far who has made this new Sky kit look good …) 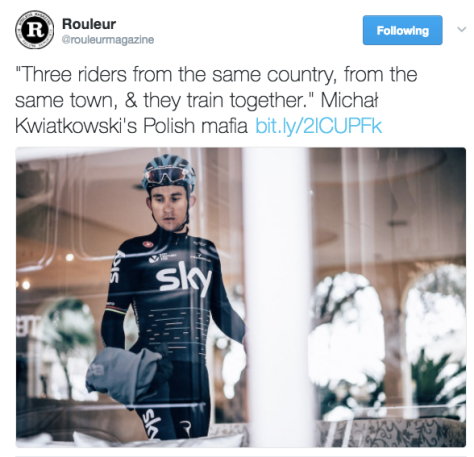 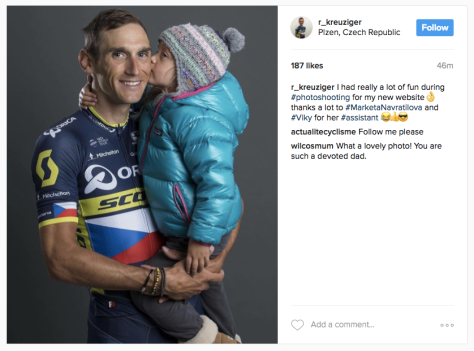 A little art to culture you up … 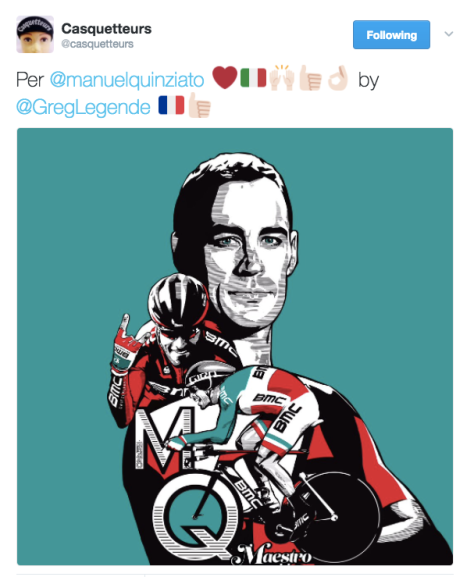 I don’t think the Rouleur tweeter knows what ‘infamous’ means – ‘well known for bad quality or deed; wicked or abominable’ – which is obvs not the right word because every one knows that the Castelli Gabba is one of the best jackets you can buy. Which leads me to wonder why you would buy something based on the best if you could buy the best. And why does David Millar look like a posh boy on the skids? So many questions … 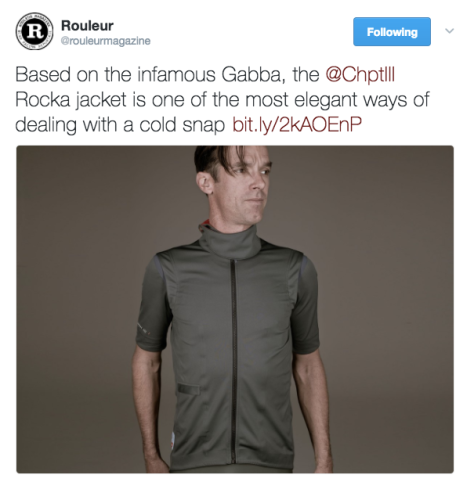 The ultimate retort from Phil Gaimon … 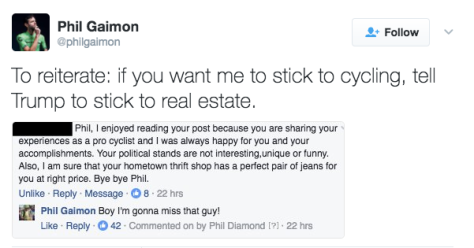 One of my favourite Marshall Kappel photos 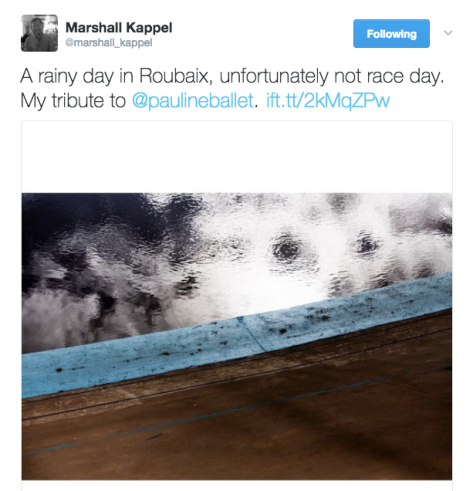 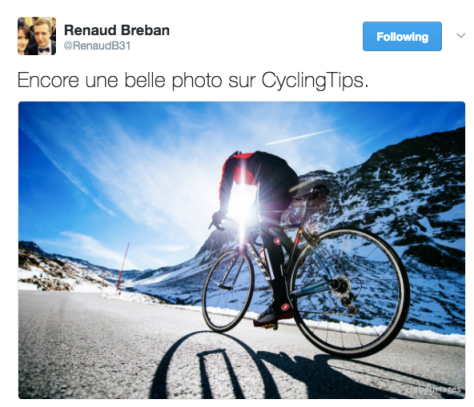 There are so many things that go into infinity … 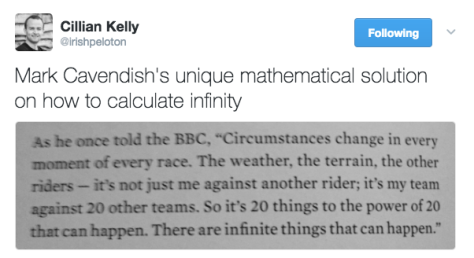 This makes me laugh every time. 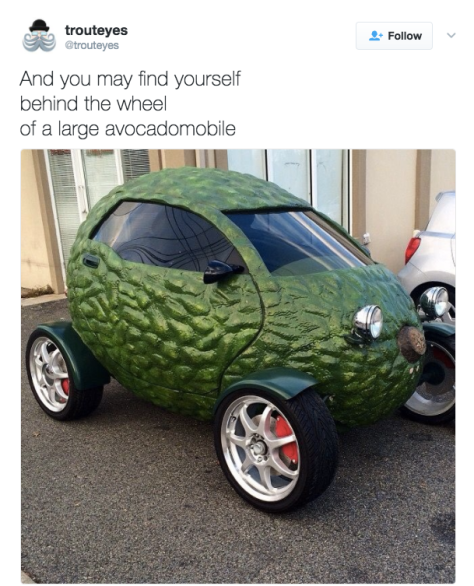 Everybody together now! SING!