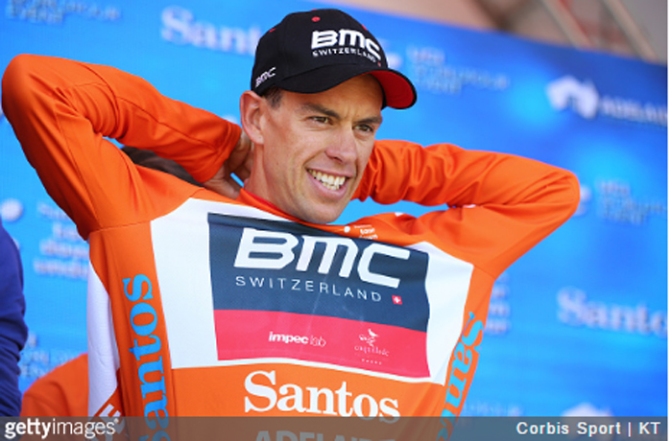 With a saw tooth profile and a finish atop the Paracombe, stage two was always going to end in a climbers showdown. They delivered and we watched a show of pure GRINTA! Let’s get down to the fireworks.

Richie Porte (BMC) launched a devastating out-of-the-saddle attack on the final kilometre to take both stage victory and the leader’s jersey. Movistar’s Gorka Izaguirre overhauled  Estaban Chaves (Orica-Scott) for second place, with both trailing the victor by 16secs. Porte now holds 20secs on the Spainard and 22secs on the Baby Kangaroo in the overall. With his favourite Willunga Hill stage to come, who’s betting against Tassie Tyro to take his first ever #TDU title?

I may not like them, but those Tag-Heuer branded sleeves on the BMC kit certainly show up well on the TV!

How is that for your first World Tour race? @Rguerreiro94 takes over the young riders competition after placing seventh on the stage. #TDU pic.twitter.com/H3ezih4RsI

After 5 laps of the energy sapping circuit around Stirling, it was a full-gas, roller-coaster of a chase to set the climbers up for the final assault. Love this shot of Caleb Ewan (Orica-Scott). He did the Ochre jersey proud laying it all on the line for his team #chapeau! Make sure you catch the team’s BackStage Pass video.

One thought on “Final KM: Santos Tour Down Under Stage 2”