Did you sit down with a cup of hot cocoa and do our Christmas quiz? If not, don’t look yet and go here to try your 2016 cycling knowledge.

1 “Is Sagan beatable? What’s that question? He’s won a few races, but he hasn’t won everything… Everybody is beatable.”  Tom Boonen said this after taking the bronze in the Worlds 2016. Boonen had a renaissance in 2016 and wanted to wear the rainbow for his last year in the pro peloton – Boonen has announced he will retire after Paris-Roubaix 2017 – but Sagan did the double instead. With Mark Cavendish coming in second, it was truly a champion’s podium.

2 “I’m just happy it’s all over.” We were hoping he would add another cobble to his sauna, but it was not to be, and this was Fabian Cancellara‘s quote after his last Paris-Roubaix. His crash-marred race ended when he rolled over the finish line in 40th place.

3 “Right now, the thought of doing the Tour isn’t something that I’m going crazy about.” With that winning smile and a killer instinct on the road, the Little Kangaroo has the hopes of cycling fans resting on his shoulders – and the inevitable questions about riding the Tour de France. Esteban Chaves said this on the second rest day of the Vuelta. He finished third on the podium, adding to his second place in the Giro this year.

4 “People forget, I’m not a bad bike rider, you know what I mean? I can do stuff.” Mark Cavendish fans everywhere would say that they haven’t forgotten this about the Manx Missile. Speaking to the Telegraph in October, Cav was reacting to Team GB endurance coach Heiko Salzwedel’s questioning of his track preparation prior to the Olympics. He won silver in Rio.

5 “One week racing 15km climbs with Contador and then trying to do it on a k-and-a-half climb with Fabian is a bit different.” Such is the life of Geraint Thomas, reflecting on missed opportunities in this year’s Tour of Flanders. We’ve always thought Thomas would be a great Classics rider but with Sagan starting to deliver in the spring, let’s hope he can up his game on the cobbles.

6 “I think we go about our business in the right way, still trying to perform in the right way.” Well, Dave Brailsford might think that, but he seems to have been on an epic fail this year with his handling of the Great Brad Jiffy Bag Bungle™. In this Telegraph interview, he admits to not handling things very well – and this was before he was grilled by MPs a few weeks ago.

7 “I wasn’t so optimistic at the start because the climbs didn’t seem that difficult, but I attacked like crazy at the start.” Alberto Contador had a trying 2016 season but stage 15 of the Vuelta saw him fly off the front in the first kilometres with Nairo Quintana on his wheel. (Let’s face it, Baby Blackbird won the Vuelta for Q with that move…)

8 “I never had this as a goal to begin with. I feel like I’m trapped by it and that I sort of have to keep going.”  Adam Hansen is starting to feel boxed in by his Grand Tour record (16 consecutive completions and counting). But would summer be the same without him? 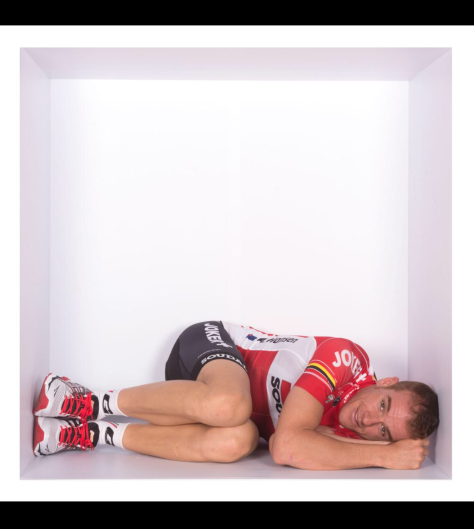 9 “I was lucky because Nizzolo didn’t close me on the fence. If he close me, for sure we crash because I don’t brake.” I hope riders at the sharp end of the stage listened to this ominous warning from Peter Sagan. The man knows no fear, it seems.

10 “I met the guy from Bora and now it’s time for him to play with cycling like a toy.” Oleg Tinkov, the Donald Trump of cycling, passes the torch of treating a team like a toy to others as Tinkoff dissolves and he leaves pro cycling. At least for a little while. He keeps threatening to come back. Let’s hope that never happens.

11 Five Monuments, five new winners in 2016: name them and the race they won.

That would be Tom Dumoulin. He won the Giro’s stage 1 ITT, Tour de France stage 13 ITT and the Dutch national time trial championships. He was targetting gold in Rio but had to settle for silver to Fabian Cancellara’s gold.

13 Alejandro Valverde rode all three Grand Tours this year – but he only won one stage. Which stage in which Grand Tour?

That would be stage 16 of the Giro d’Italia.

14 Who were the first to congratulate Vincenzo Nibali on winning the Giro at the summit finish of Stage 20?

In what can only be described as one of the most heartwarming and poignant moments of this season, it was Esteban Chaves’s parents who were the first to congratulate Vincenzo Nibali as he crossed the finish line on Stage 20. Their son was in pink at the start of the stage but could not withstand the Shark attack and slipped to second on the podium. It was the most gracious of gestures.

15 Who won the most stages in each of this year’s Grand Tours, and how many did they each win?

Mark Cavendish, Tour de France, 4 stages; Andre Greipel, Giro d’Italia, 3 stages; both Gianni Meersman and Chris Froome were the only riders to win more than 1 stage in this year’s Vuelta. They won 2 each.

16 Where did each of the Grand Tours start this year?

17 Where was Fabian Cancellara’s final race in the pro peloton?

Fabs’ final race in the pro peloton was in Japan Cup on October 23 in Utsunomiya. If you said the Ghent Velodrome in November against Bradley Wiggins, you get half a point but only because I’m feeling generous – that was an exhibition race.

18 Where was Dan Craven in this picture and what was he doing?

He was riding the Olympic time trial on his road bike and without anything aero! Why? Because he could. Did we love him for this? You bet we did!

19 Steven Kruijswijk went head first into a snow bank on the descent of which climb in the Giro d’Italia, causing him to lose the pink jersey and, ultimately, the GT itself?

It was on the descent of the Colle dell’Agnello in stage 19.

20 Thomas de Gendt won one Grand Tour stage this year. Where was the finish line?

That would be at the summit of Mont Ventoux, in stage 12 of the Tour de France. Unfortunately, his win was overshadowed by the Porte/Mollema/Froome crash and the awkward run by the maillot jaune. It was, however, an epic ride by de Gendt and one that should be celebrated.

21 Why weren’t Etixx-QuickStep invited to this year’s Tour of Qatar?

Because the year before, they partied hard at the hotel, causing some undisclosed commotions. Details of the party antics are sketchy but it was enough to infuriate the organisers. The non-invite, in turn, infuriated Patrick Lefevre. “Yes, there was a party last year. But is that so bad?”

22 Who finally said what was in *that* jiffy bag and where were they when they said it?

That would be Dave Brailsford in front of a parliamentary select committee hearing on 19 December. We have not, it seems, heard the last of the Great Brad Jiffy Bag Bungle™ as the hearing seemed to raise as many questions as it answered (and, to be honest, it didn’t answer that many…). It did however add the term Fluimucil to every cycling fan’s vocabulary.

23 There was one controversial Monument win this year. Which one was it and why was the winner controversial?

It was the first of the Monuments, Milan-SanRemo. Arnaud Demare took the win but it was later disputed by riders who alleged that he got a tow up the Cipressa after a crash. As far as I know, there was no evidence of this and the Frenchman’s victory stands.

24 What controversial team manager came back into cycling after a year away to start a Continental development team, with an eye for a future WorldTour team?

It is Bjarne Riis, who comes back into the sport just as his nemesis Oleg Tinkov exits.

25 The ASO, RCS Sport and Flanders Classics announced they were reducing the size of the pro peloton in their races. By how many riders have they said they would reduce the teams?

They have said they would reduce the teams for each by one rider. Therefore, Grand Tours would have 8 riders, Flanders Classics, 7. This is just another area where race organisers and the UCI are clashing.

Name the teams these riders left and joined in 2016:

From Giant-Alepcin to Trek Segafredo (as is Koen de Kort)

From BMC to Cannondale. 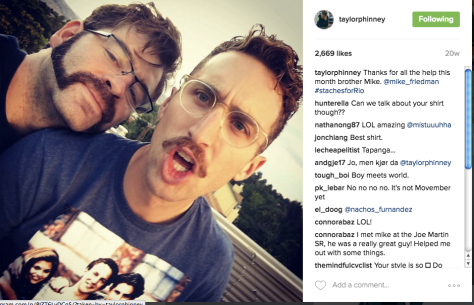 From Tinkoff to Bora-Hansgrohe 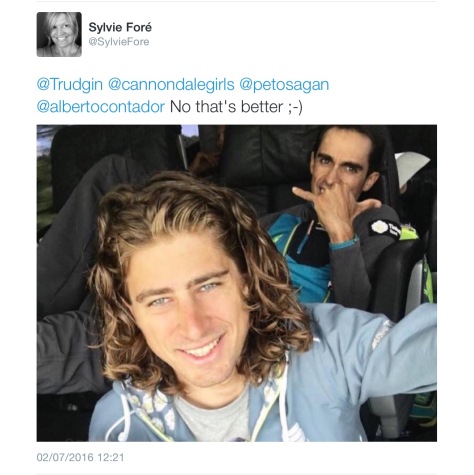 From Etixx-QuickStep to Katusha (one of the strangest moves of the year, I think).

From Katusha to retirement to Bahrain-Merida to retirement again. All within about four months. His tearful retirement announcement during the Tour de France this year makes us wonder if there’s a deeper story to this but either way, it feels like he didn’t get the send-off he deserved. 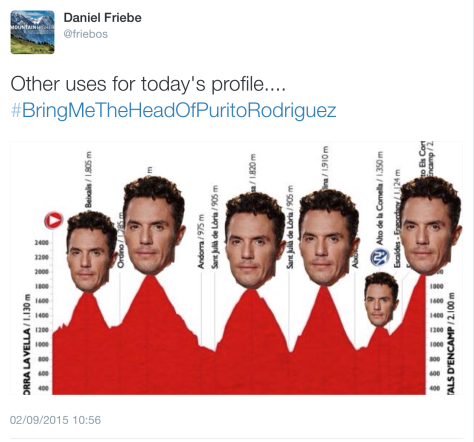 That was fun, now wasn’t it!

2 thoughts on “VeloVoices Christmas quiz : All the answers!”