We’re in the red with Vuelta Tweets of the Week! It’ll be short but ever so sweet – and a little poignant!

I really love this little film from Etixx to introduce their team.

Daniele Bennati styles it out … 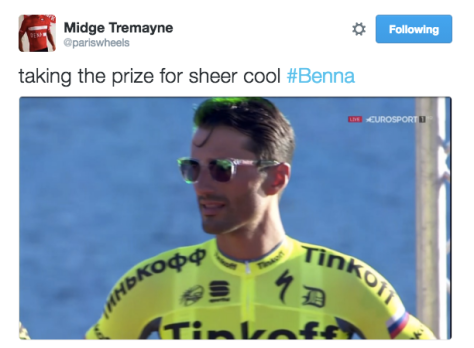 So much kit, such a small room.

But the hotel rooms get dodgier and dodgier … 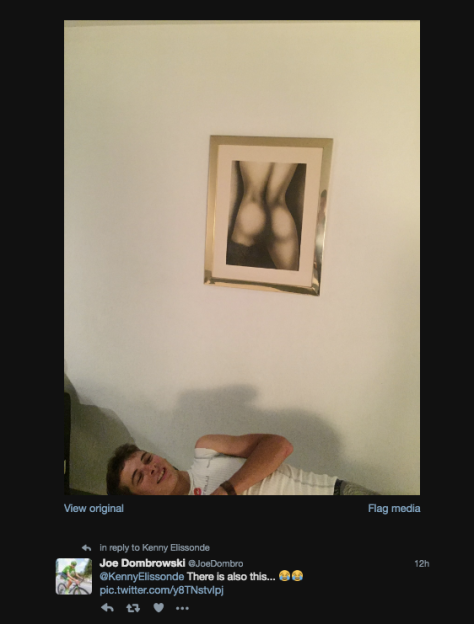 Our little kangaroo is ready to spring into action! Go Esteban! 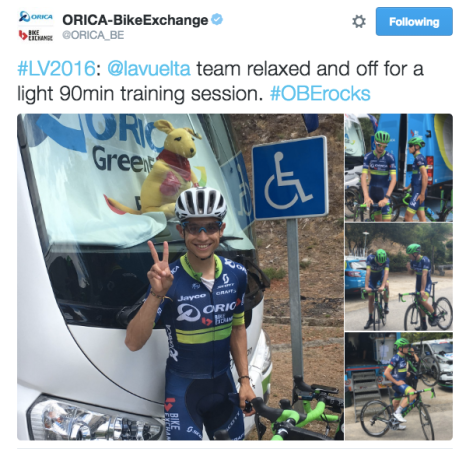 It seems everyone is being called Dutch – Tom Boonen was called a Dutch rider by the BBC after the Ride London race. Oh, and he was also called Tim. At least Warren Barguil has his name right!

Cillian Kelly is quick with a K – or four. 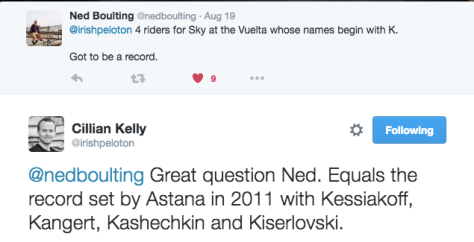 Row and the water will appear …

Bring us sunshine and style

And if you want to look extra stylish – and help the UN’s refugee charity – then here’s your chance! 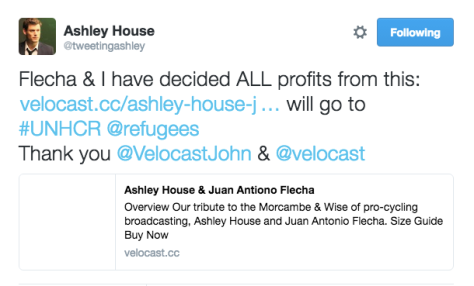 Order your Flecha & House teeshirts here! Or if you don’t want the teeshirt, why not give more to the charity?

The Tortour is a non-stop tour of Switzerland and Fabs tells us how it’s done! 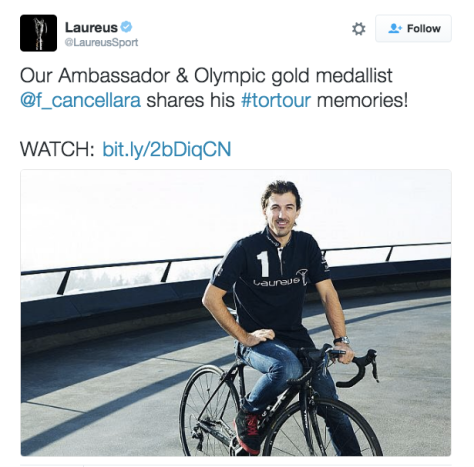 Fabs uses Fabianese to go all cryptic on us. He really is keeping his future plans close to his chest!

If you’re Heinrich Haussler, the hairdryer comes with you everywhere. 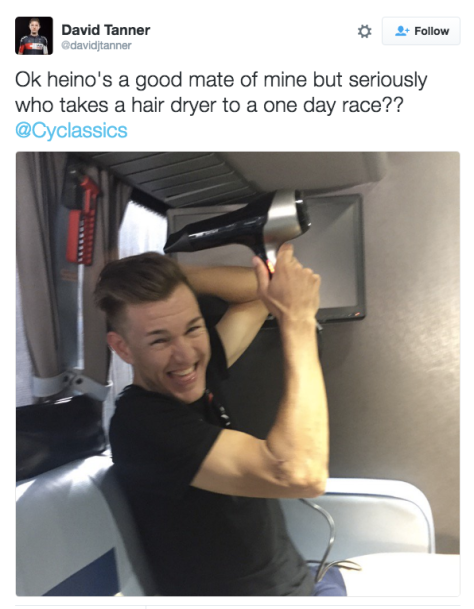 Dan from Nam – the latest craze!

President Dombrowski has a ring to it.

This one is for Midge – Jakob Fuglsang’s hair is giving Haussler’s a run for its money. 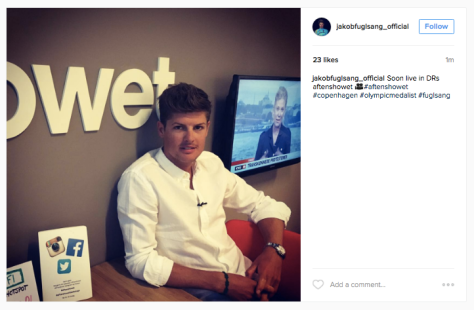 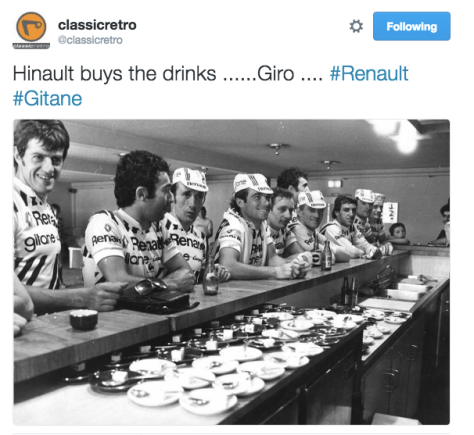 Super Sagan didn’t win gold but he still was the talk of Twitter during his Olympic race.

Phil Gaimon is his own demographic.

Just a wonderful picture of Elia Viviani on his Olympic victory lap. 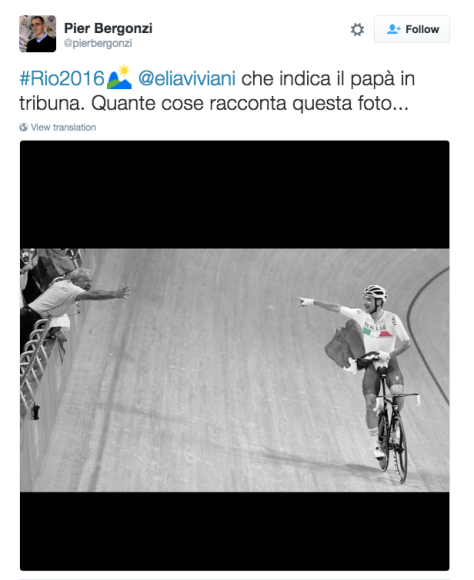 He spent every summer in a little camper van, following the Tour and handing out tiny coca-colas to riders. And the riders loved him for it. We need more fans to follow in his footsteps. 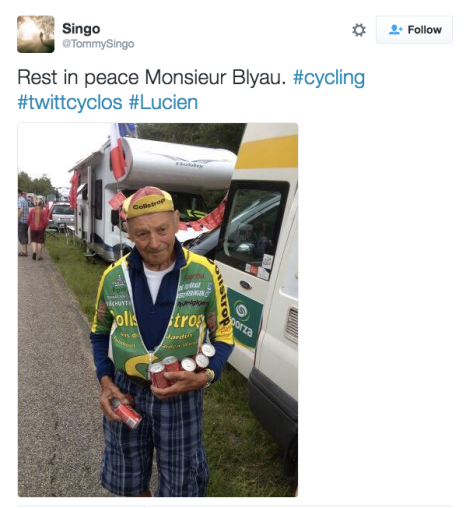 InnerRing has written a lovely obituary of Lucien.

While you're waiting, if you didn't see it, this was the feature with Lucien Blyau, what a super guy.. RIP.. https://t.co/g2ihuNLWZH

One thought on “Vuelta Tweets of the Week: Style, dodgy hotel rooms and a fond farewell”