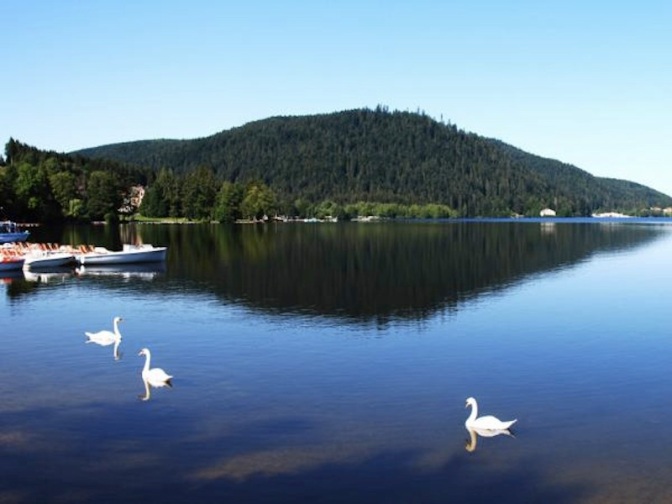 Another stage that is mostly pan-flat, but we’re starting to getting into the higher climbs at the end. This is the first of three days in the Vosges and the mountains are calling!

For 130km, this stage is fuuuu-lat. Time for a break! Whether that break gets caught or not once the road starts to go up is anyone’s guess. The GC boys will be eyeing each other up in anticipation for Monday’s key stage but if there’s an opportunity to get away from rivals, they’ll take it so it could get tactical. 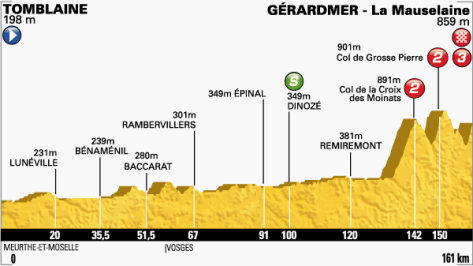 In the last 30km the riders have to tackle two cat 2s, the second of which features sections in excess of 15%, and a finish atop the cat 3 Gerardmer La Mauselaine, which is short (1.8km) but brutally steep (10.3% average). This could favour a breakaway rider like Sylvain Chavanel or even The Tongue Thomas Voeckler, but expect Vincenzo Nibali and his rivals to be breathing down their necks by the final two climbs.