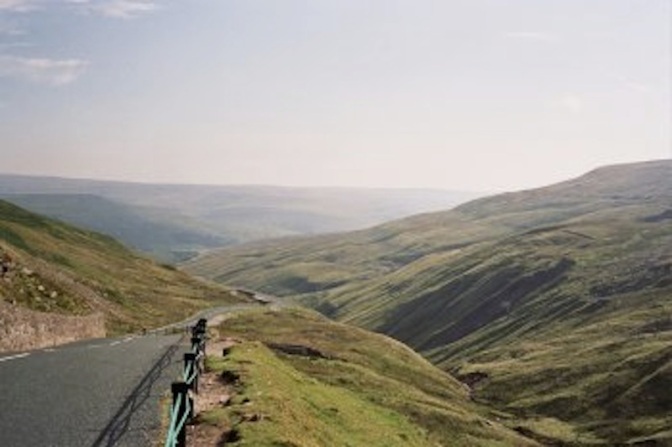 The hype around the Yorkshire start should mean that the roadside for the entire stage is packed with cycling fans, old and new. It’s lumpy in the middle but a bunch sprint, albeit a technical one, is predicted when the peloton hits Harrogate.

Like last year, the 2014 Tour de France starts with a sprint stage, not the usual prologue so no first week in yellow for Fabian Cancellara*. Mark Cavendish has made no secret of the fact that this stage is a huge focus for him. To win a bunch sprint in front of the home crowd, near where his mother used to live, would be special enough but it would also mean he would don the maillot jaune for the first time in his career.

Of course, Marcel Kittel has reconned this stage and will not let sentimentality stop him from trying to pip Cav at the post. And don’t rule out a late attack by someone like Peter Sagan or Simon Gerrans over a final few kilometres which could decimate some of the sprint trains with its teasing up-and-down ramps.

Should be a cracking start to this year’s Tour. 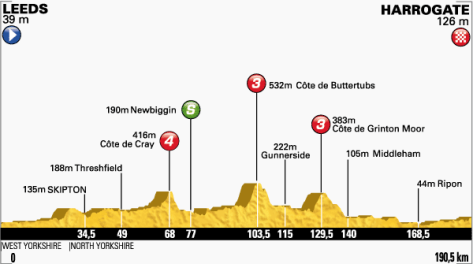 * I say no yellow for Cancellara but considering that he won Flanders in a sprint, who knows? (Okay, okay, wishful thinking…)

One thought on “Tour preview: Stage 1”