The 100th edition of Liege-Bastogne-Liege took until the last minute to deliver but deliver it did while crowning its first Australian winner. 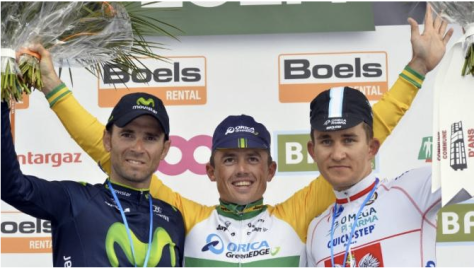 To be honest, this 100th edition of La Doyenne was a bit snoozeville until the final 2km. We had iconic climbs but nothing memorable happened on them. It took a crazy break on the final climb of the Cote de Saint-Nicolas by Giampaolo Caruso (Katusha) and Domenico Pozzovivo (Ag2r La Mondiale) to get the peloton going. Under the flamme rouge, Caruso and Pozzovivo were joined by defending champion Dan Martin (Garmin-Sharp) and it looked like Martin was going to take back-to-back wins. On Caruso’s wheel, the pair went into a sharp left turn and Martin’s back wheel went right out from under him, leaving him sprawling in the middle of the road.

Orica-GreenEDGE, who had been doing a lot of work throughout the race, put Simon Gerrans in the perfect position for the final dash. With Alejandro Valverde (Movistar) breathing down his neck, he needed to keep his nerve (and his speed), which he did to take one of the best wins of his career. Valverde came in second with Michal Kwiatkowski (Omega Pharma-Quick Step) on the third step of the podium. 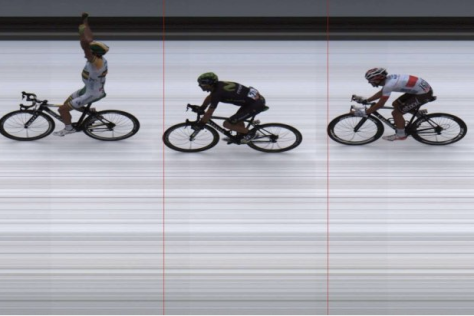 This classics season has been an exciting one but it’s also seen more than its fair share of crashes. Today saw the rainbow jersey hit the ground, along with Sky’s David Lopez. Rui Costa then abandoned not long after but tweeted that he was fine – only bruises and scrapes. Joaquim Rodriguez, who had said that LBL was one of his main objectives for the season, never looked like himself and abandoned about midway through the race after riding in the back for most of it.

Team Sky only fielded six riders as Chris Froome withdrew before the start due to a chest infection. Only one Sky rider actually finished (Nathan Earle) and the other five abandoned. That, in itself, isn’t something to get knicker-twisted about but it does feel like they didn’t have much interest in any of the week’s races. At Amstel, out of eight riders, only two finished and they fielded only six riders at Fleche. There was also no live race tweeting or updates from Sky today (which is unusual) and word has it that there was no team press rep at the Ardennes all week. Just a bad run or are we witnessing a meltdown?

1 – In the 100th edition of this race, Simon Gerrans became its first winner from the southern hemisphere (and only the second from outside Europe, after Tyler Hamilton in 2003)

3 – Both Michal Kwiatkowski and Alejandro Valverde finished in the top five of all three Ardennes races.

16 – Years since the race was won by the defending champion –Michele Bartoli in 1998.