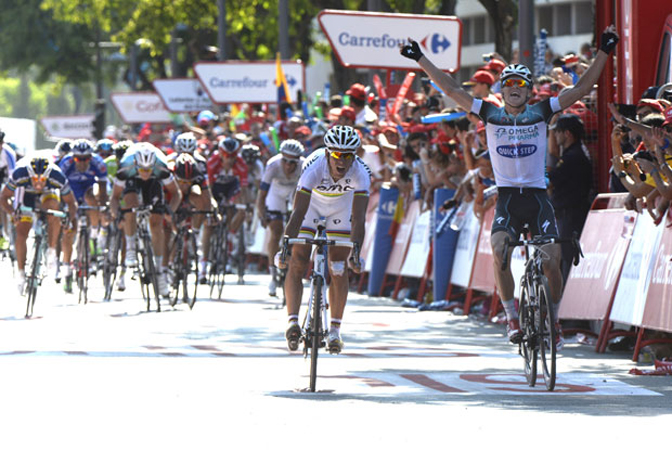 Now is your chance to make your voice heard in our second annual VeloVoices Awards. We’re asking you to select your personal favourites of 2013 across a variety of serious and not-so-serious categories. We’ll publish the final results in the run-up to Christmas.

On Wednesday we ran our poll for the Team of the Year. Today it’s the turn of our nominations for the Breakthrough Rider of the Year – for riders who leapt from virtual unknown to international prominence during 2013. This award was won last year by Taylor Phinney.

Kathi: Jan Bakelants’ stage two win and two days in the yellow jersey in the first week of the Tour de France was brilliant. The fact that he won it by holding off a rampant peloton by repeating to himself, “What would Jens do? Don’t look back!! Ride as hard as you can!! DON’T LOOK BACK!!” does it for me. And didn’t he look thrilled to bits by the whole thing!?!

Panache: Colombia is having a cycling renaissance and leading the charge is young Nairo Quintana. He finished the season eighth in the WorldTour rankings. He won the Tour of the Basque Country as well as the Vuelta a Burgos but it was his performance at the Tour de France that made everyone take notice.  Nairo was the only rider who challenged Chris Froome on the bigger climbs such as Mont Ventoux and finished second on GC, showing that he has what it takes to be a contender.

Sheree: Some riders go through their entire careers without a win, let alone a grand tour victory. Warren Barguil won two stages in a grand tour in his first year as a professional. This builds on his six victories in 2012, including the overall in the prestigious Tour de l’Avenir. Interestingly, he chose to turn professional with Argos-Shimano, a team with one of the best lead-out trains and two of the best sprinters. This could well be to the 22-year-old’s advantage in avoiding the weight of French expectation. 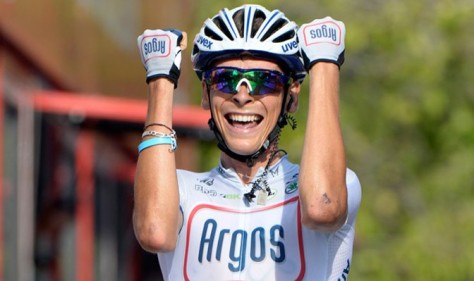 Tim: I’m going with Zdenek Stybar, the latest in a long line of OPQS classics hard-men. He’s 27 but a relative road novice, having been crowned world cyclo-cross champion in 2010 and 2011. He won two races in his first serious road season last year, but 2013 saw him break into the elite tier of classics contenders. He could well have won Paris-Roubaix if not for a collision with a spectator. But he did go on to win two stages and the overall at the Eneco Tour, then beat outgoing world champ Philippe Gilbert in a late two-man attack on stage seven of the Vuelta. Cake: meet incing.

Ant: I know, I know, it’s starting to look like I have a #teamcrush on OPQS, but seriously, what a season Michal Kwiatkowski had! Best young rider in a tough Tirreno-Adriatico, strong performances in Amstel Gold and Fleche Wallonne, and then a ding-dong battle with Quintana for best young rider at the Tour. Although he lost out, if you consider that his team was very much focussed on Cav, you have to applaud the young Pole for his endeavours. He certainly made people sit up and take note, and next time around I’d expect him to form a strong part of OPQS’ GC efforts. 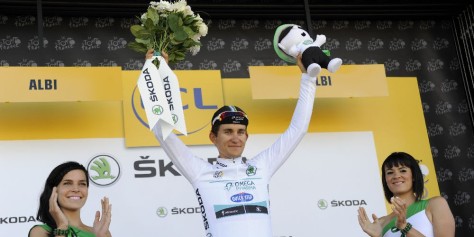 Kwiatkowski is one of two breakthough nominees from OPQS in our poll (Image: OPQS)

Jack: Riding in only his second season as a professional at FDJ, Kenny Elissonde announced his arrival on the grand tour scene with a phenomenal performance at the Vuelta, picking up the queen stage after a heroic ride up the Angliru. Add that to his impressive top ten and best young rider prize at the Tour of Oman, and Kenny has had a really promising campaign. I’d wager he’ll be making his Tour de France debut in 2014 – let’s just hope the enormous weight of French expectation doesn’t get to him!

Next: Flop of the Year.

Race of the Year

Rider of the Year

Team of the Year