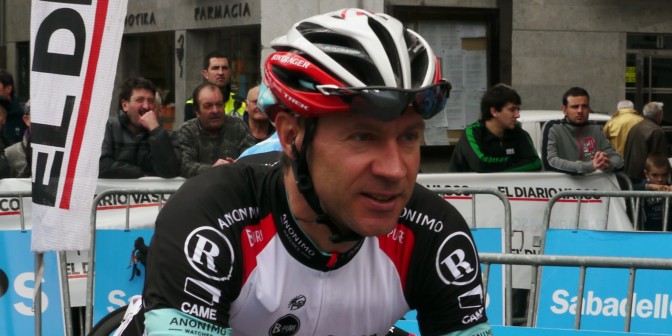 September is the last really full month of the season. There is the bulk of the Vuelta a Espana still to enjoy, of course, but besides that we have the Road World Championships and a further three WorldTour events. There will be plenty of riders motivated by a shot at a rainbow jersey, not to mention those yet to secure a contract for 2014, who will be keen to catch the eye in these closing weeks of the season.

For now, fans’ focus will be on the Vuelta a Espana, which today sees arguably the most dreaded kilometre in professional cycling: the climb to the summit finish at Valdepenas de Jaen, where the gradient approaches 30% in places. After that we still have 12 stages to go until the final day’s romp around the streets of Madrid on Sunday 15th.

However, the Vuelta isn’t the only WorldTour race happening today. The GP Ouest France-Plouay is a puncheur’s paradise – recent winners include Edvald Boasson Hagen and Simon Gerrans – with the Cote de Ty-Marrec positioned just 5km from the finish as the perfect springboard for a decisive attack. It’s never a dull race. You can read Sheree’s race preview here.

Plouay has been running since the 1930s but September’s other two WorldTour events, which also favour the puncheurs, are a Canadian city circuit double-header which have been in existence only since 2010. First up is the GP Cycliste de Quebec (13th), followed two days later by the GP Cycliste de Montreal (15th). Both have difficult, lumpy parcours which present riders with difficult tactical choices in their closing kilometres. They may be newbies on the UCI calendar, but they attract strong fields: the Quebec race’s three previous winners are Robert Gesink, Rui Costa and Lars Petter Nordhaug, while its Montreal sibling has seen Thomas Voeckler, Philippe Gilbert and SImon Gerrans triumph.

Riders in all these races will be looking to build their form for the 86th UCI Road World Championships (22nd-29th), which comprises 12 elite, under-23 and junior events culminating in the elite men’s road race. Over the course of the eight-day event centred around Florence, Philippe Gilbert, Tony Martin and Marianne Vos will be among those defending their rainbow jerseys, while Giro champion Vincenzo Nibali will be dreaming of victory in front of his home fans.

There are plenty of other big races in Europe this month, but let me just finish with a mention of my ‘home’ race. The Tour of Britain (15th-22nd) is steadily growing in stature, with this year’s (as yet unconfirmed) start-list likely to include Mark Cavendish, Bradley Wiggins and Tour de France runner-up Nairo Quintana. This year’s parcours has a pleasing mix of sprint and classics-style stages, a time trial and a summit finish in Dartmoor, providing a little something for everyone.

Let’s start this month’s birthdays with fan favourite Jens Voigt (RadioShack-Leopard), who will celebrate his 42nd birthday on the 17th ahead of his farewell 2014 season. The father of six shows no signs of settling for an easy life, launching attacks wherever possible no matter what the odds. Just such an opportunistic approach netted him a win at the Tour of California earlier in the year. Those legs will have to keep shutting up for a while yet. 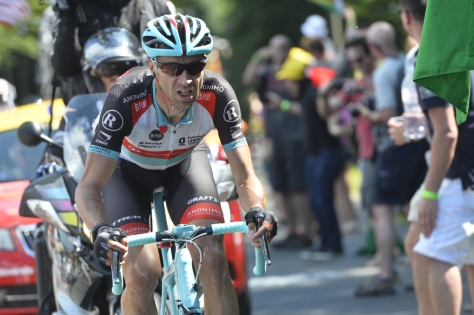 Voigt riding at the Tour de France the only way he knows – hard (Image: Presse Sports)

Two riders have already given themselves early birthday presents by recording stage victories at the Vuelta. Katusha’s Daniel Moreno (Joaquim Rodriguez’s most trusted lieutenant) added stage four to this spring’s Fleche Wallonne and third overall at the Criterium du Dauphine. Orica-GreenEDGE’s Michael ‘Bling’ Matthews won the day after Moreno. A former under-23 road race world champion, he also won two stages at the recent Tour of Utah. The Spaniard turns 32 on the 5th, the Aussie 23 on the 26th.

A number of the best sprint train drivers in the business also tick over another year in September. Step forward the Argos-Shimano pair of Koen de Kort (31 on the 8th) and Tom Veelers (29, 14th), Lotto-Belisol’s Greg Henderson (37, 10th) and Omega Pharma-Quick Step’s Gert Steegmans (33, 30th). These men count success not in terms of their own palmares – between them they have yet to win in 2013 – but in terms of the success of those they drag to the final 200 metres of a sprint: Marcel Kittel, Andre Greipel and Mark Cavendish. De Kort is currently convalescing, having broken a collarbone twice this year.

It seems like a very long time ago, but MTN-Qhubeka’s Gerald Ciolek braved the icy conditions to win Milan-San Remo at the start of spring. The German sprinter seems to have been around forever, but will still only be 27 when he opens his presents on the 19th. 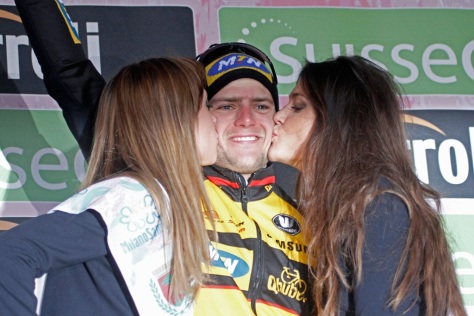 Two Lampre-Merida riders, both former Giro d’Italia champions, will be expecting birthday cakes this month. Michele Scarponi (the 2011 champion) turns 34 on the 25th, while Damiano Cunego (2004) will be 32 on the 19th.

Continuing the Noah’s Ark theme, we also have two Saxo-Tinkoff climbers and two Vacansoleil-DCM classics strong-men with birthdays this month. For Saxo we have Chris Anker Sorensen (29, 5th) and Rafal Majka (24, 26th). The latter was a strong seventh overall at the Giro, where he was edged out in the best young rider competition by Carlos Betancur. Flying the coop of the soon-to-be-defunct Vacansoleil, Juan Antonio Flecha (36, 17th) is that rarest of rare beasts – a Spanish rider who goes well over cobbles. He finished in the top ten for the eighth time in his career at this year’s Paris-Roubaix (he’s been second once and third twice). Dutchman Lieuwe Westra (31, 11th) successfully defended his national time trial title this summer and won the opening stage at the Tour of California.

Finally, RadioShack-Leopard’s Daniele Bennati will be 33 on the 24th. A former winner of the Giro points jersey and of 11 individual stages across all three grand tours, including one at last year’s Vuelta, wins have proven elusive for the Italian sprinter so far this year.

Happy birthday one and all!

Our daily Vuelta coverage will continue right through to the end of the race and beyond, with our usual post-grand tour-style wrap-ups. Plus of course we’ll provide comprehensive coverage of all the other major races.

Our VeloVoices podcast will come to you on the two rest days of the Vuelta and then shortly following its conclusion, after which we’ll revert to our usual schedule of alternate Mondays.

Kitty’s Tweets of the Week and Tim’s Talking Tactics will be coming your way on Tuesdays and Wednesdays respectively. AntBanter will still be on Thursdays but won’t be weekly for a while. This week, though, Ant will lead what promises to be a lively debate to determine our August Rider of the Month.

This month’s Friday Features will include an interview with SiS Sport, showcase the artistic work of the VeloLove team and a pictorial wrap-up of the Vuelta. And last, but by no means least, Saturday’s the day for Sheree’s recipe column, The Musette.

And finally, don’t forget that you can now order t-shirts and other great VeloVoices gear online via this link.

Whether serious or light-hearted, VeloVoices is the place to come for all the latest cycling news and views! Pro cycling for fans, by fans.

2 thoughts on “What’s happening in September?”