Will the curse of the rainbow jersey leave its mark on Philippe Gilbert‘s 2013 season? The world champion gave it everything late on today, but he remains winless this year with time fast running out. Mind you, at this stage last season he also had no victories and was looking similarly forlorn before winning stages nine and 19 at the Vuelta and then earning his rainbow stripes in Valkenburg. Could history yet repeat itself? 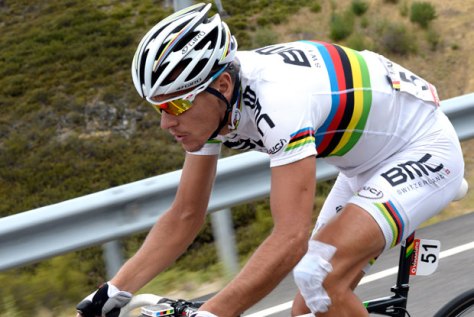