After Philippe Gilbert’s crash in the Eneco Tour the other day that resulted in 8 stitches, it’s been a worry that he won’t be able to race the Vuelta. He’s in Spain now, testing his legs on some rides, to see if he can put the power down. Fingers crossed that the world champion will start on Saturday. 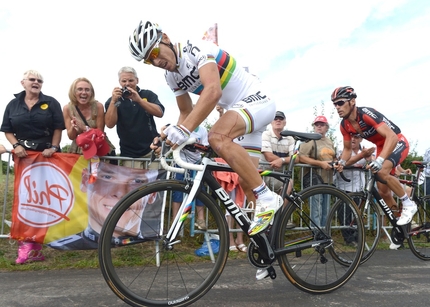