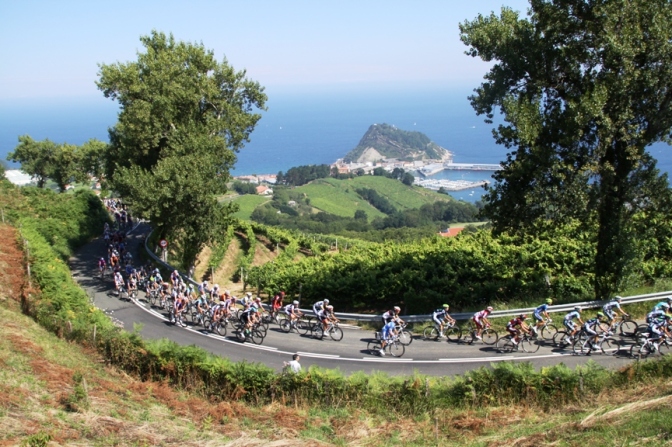 The Clasica San Sebastian is Spain’s only one-day WorldTour race and it’s thoughtfully book-ended by two further races: the Prueba Villafranca Ordiziako Klasika, one of Europe’s longest running races (now in its 90th edition) and the Circuito de Getxo/Memorial Ricardo Otxoa. Here is a series of images from the three events.

We first watched this race back in 2010 when it was won by local lad Gorka Izagirre (Euskaltel-Euskadi), who looked very fetching in that red Basque beret. Note it should NOT be worn at a jaunty angle! 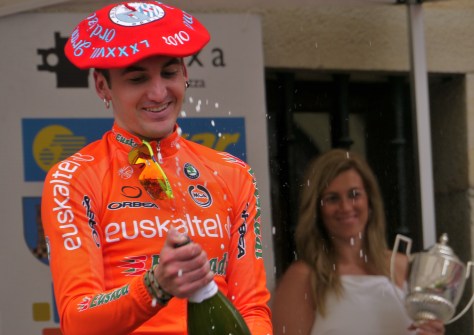 Gorka won the title again last year and, after his premature retirement from the Tour de France due to illness, the locals were hoping he’d land his third, but sadly he wasn’t in the mix this year. 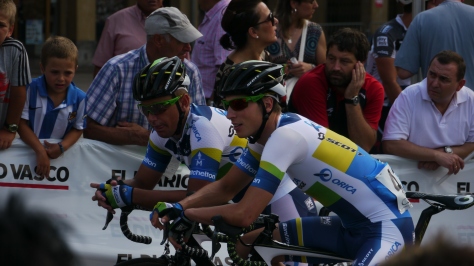 A bit of pre-race plotting by the GreenEDGE boys (Image: Richard Whatley)

Run on the Thursday before San Sebastian, the entire town pretty much turned out to watch the race in the warm sunshine, retiring in between circuits to one of the many bars liberally dotted along the route. 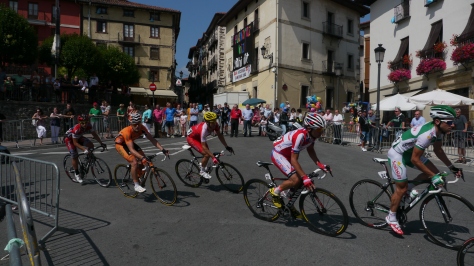 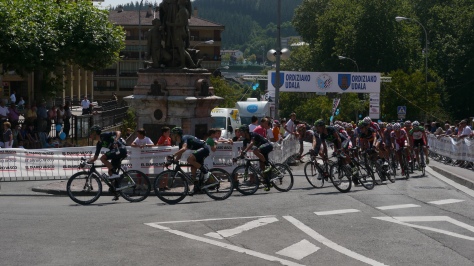 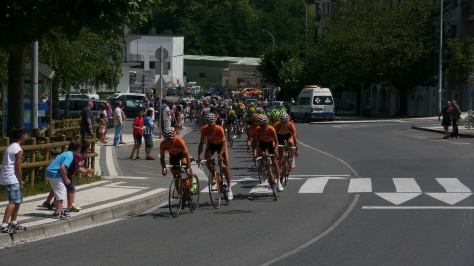 The boys in tango orange reeling in the break (Image: Richard Whatley)

The victory went to Eritrean Daniel Teklehaimanot (Orica-GreenEDGE), who slipped away from an eight-man break a couple of kilometres before the finish and soloed to his first professional victory, capping an excellent July for African cycling. 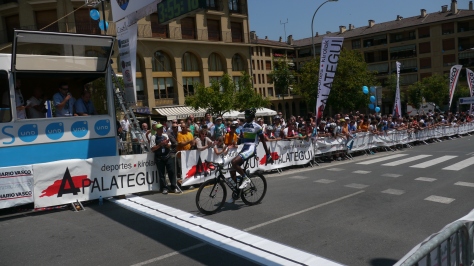 And the surprising winner was Daniel Teklehaimanot (Image: Richard Whatley) 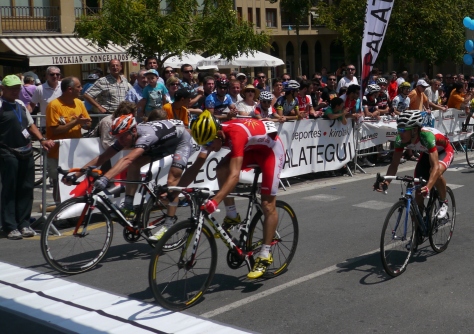 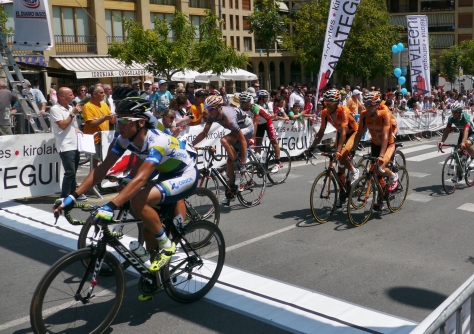 The rest of the field rolls in (Image: Richard Whatley)

Sadly there are no photographs of Daniel wearing the beret as the race takes place in the morning and finishes at lunch-time, at which point my in-house photographer urgently needed sustenance!

On to Saturday and the Clasica, where the sign-on and presentation of the teams takes place in the pedestrianised part of El Boulevard – THE street in San Sebastian – affording the bike-loving Basques plenty of photo and autograph-hunting opportunities. While the biggest cheers are reserved for the local teams, stars such as Alberto Contador (Saxo-Tinkoff) are warmly received. 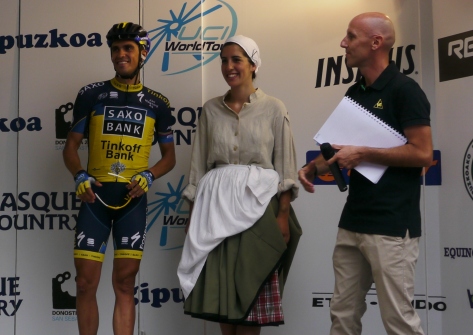 Plenty of applause for one of the main attractions, Alberto Contador (Image: Richard Whatley) 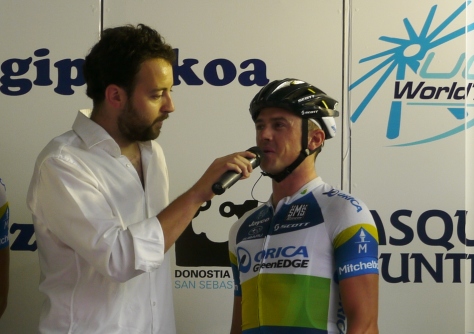 2011 race winner Phil Gil enjoying those world championship stripes for the last couple of months waiting with his BMC teammates to be presented to the spectators. 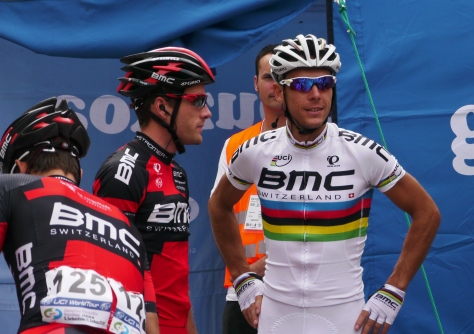 Philippe Gilbert and the BMCers waiting to be presented to the crowd (Image: Richard Whatley)

Some in the crowd are fairly indiscriminate – a picture with any professional rider will do. But not this lady! She targeted Sylvain Chavanel (Omega Pharma-Quick Step), proving he’s just as popular with Spanish housewives as he is with the French ones. 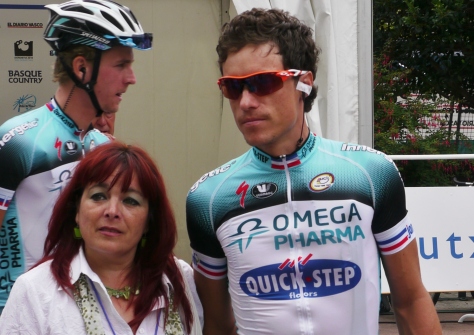 The Euskaltel boys were putting a brave face on it after confirmation on the team bus that morning the team hasn’t found the funds to continue. We’re all going to miss the Carrots, everyone’s default favourite team. Start snapping up those jerseys, they’ll become collectors items. 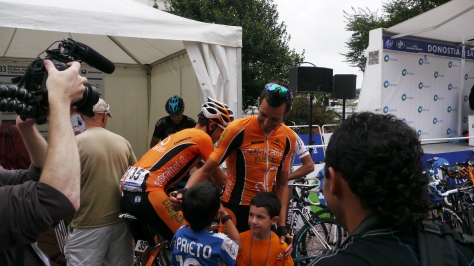 Much in demand (Image: Richard Whatley)

Sky’s Joe Dombrowski was much relieved to discover the weather was so much better than the last time he was in the Basque country in early April for the Tour. 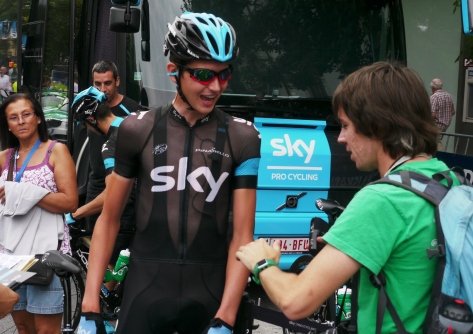 Word has just reached Nairo Quintana (Movistar) that he’s in the running for the VeloVoices rider of the month award and he’s sharing the good news with team-mate Benat Intxausti. 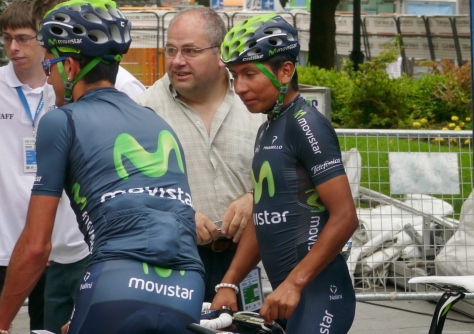 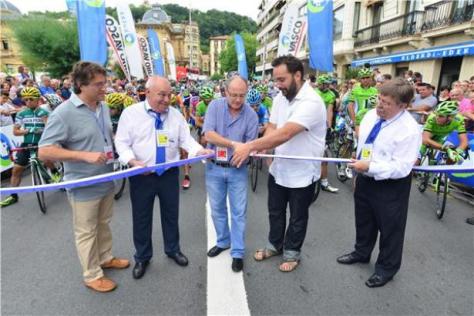 The ceremonial cutting of the ribbon before the race start (Image: Richard Whatley) 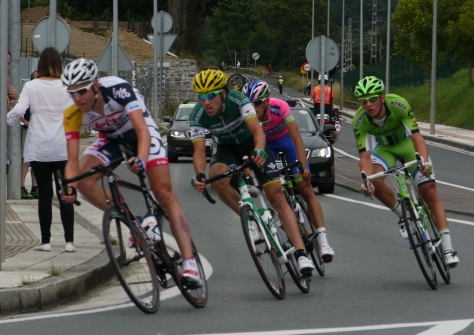 Will Clarke (Argos-Shimano) ended up in no-man’s land, never managed to make the junction to the leading quartet and got taken back by the bunch. 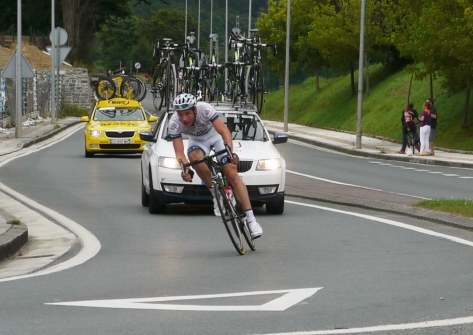 The breakaway build an impressive lead of over 11 minutes largely thanks to the peloton chatting and idling along behind. Makes you wonder what they talk about. Maybe they’re comparing appearance fees on the post-Tour criterium circuit? 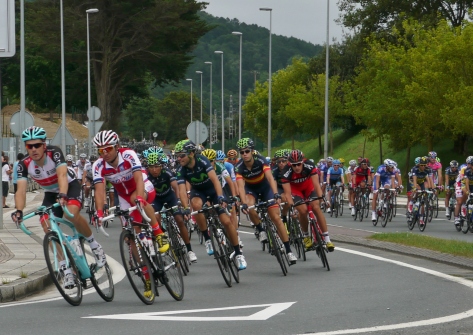 The peloton rolling along and enjoying the scenery (Image: Richard Whatley)

It was pretty much a repeat scenario of Thursday’s race with the winner, Frenchman Tony Gallopin (RadioShack-Leopard), slipping away from the leading group, although from much further out, to take the biggest win of his professional career. Alejandro Valverde (Movistar) and Roman Kreuziger (Saxo-Tinkoff) rounded out the podium. The latter’s having problems getting the cork out of his bottle of cava! 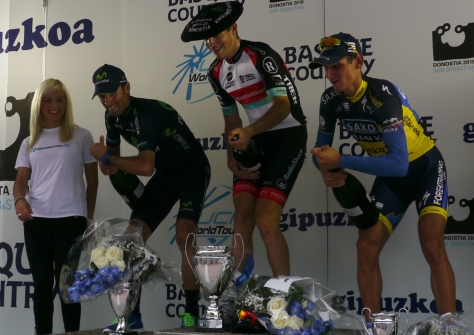 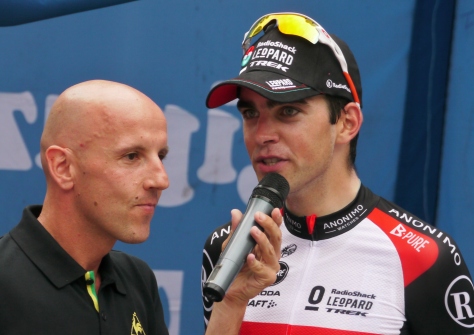 Mikel Nieve (Euskaltel-Euskadi) was fourth and the best placed Basque while teammate Mikel Landa placed sixth. The team have never won their biggest one-day home race and, considering their current predicament, are now never likely to! 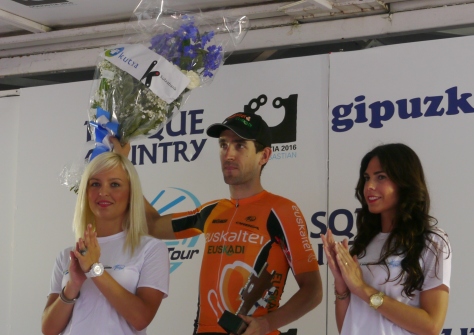 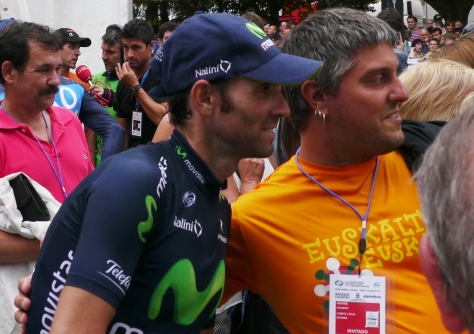 I had intended to watch this race but sometimes, sadly, the real world intrudes on one’s holiday plans. I include it for completeness and because Juan Jose Lobato (Euskaltel-Euskadi) gave his team’s sponsor search a potential shot in the arm by annihilating the field in this race which he’d won back in 2011 while riding for Andalucia. That’s right, Juan Jose doesn’t come from the Basque country. 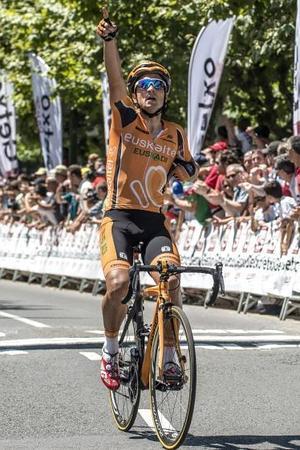 And the winner is Juan Jose Lobato (Image: Euskaltel-Euskadi) 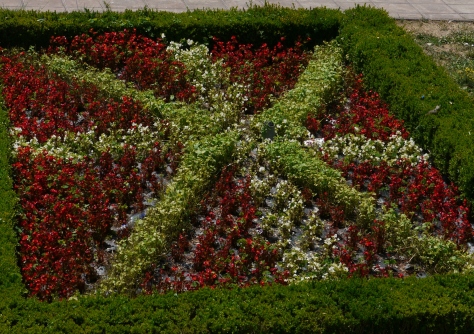 The Basques like to keep their flag flying at every opportunity (Image: Richard Whatley)