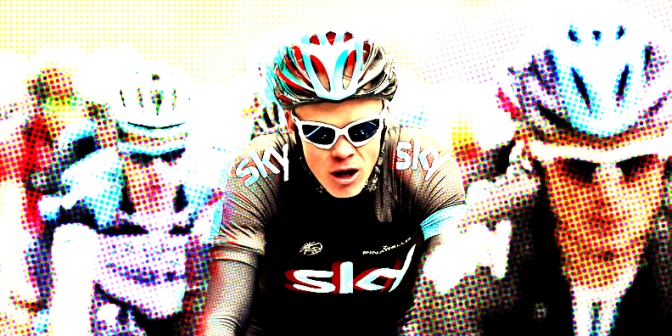 We’ve previewed the teams (part one and two). We’ve previewed the key stages. But what of the riders who will make the race? Who will feature in the battles for the major jerseys, and which ones should the gamblers among us be putting our money on?

For many, the battle for the yellow jersey is a straight mano a mano between Sky’s Chris Froome (4/6 fav) and Saxo-Tinkoff’s two-time champion Alberto Contador (5/2). Froome has won in Oman, Romandie, the Criterium International and the recent Dauphine. Contador, who had an allergy-induced nightmare in the Dauphine time trial, admits he is entering the Tour at only 90% – whether this is just mind games remains to be seen – and has only a single stage victory in 2013, at the Tour de San Luis way back in January.

All the evidence points to the Sky man standing on the top step in Paris, but only a fool would dismiss the street-fighting Spaniard.

It’s hard to see beyond these two for the overall win but not impossible – far from it. This 100th Tour features an embarrassment of stage-racing talent, all of whom could win in the right circumstances – or at the least represent attractive each-way bets for a podium finish.

2012’s number one-ranked rider Joaquim Rodriguez (Katusha) is joint-third favourite at 20/1. The parcours is not ideally suited to him – too many long, steady climbs and not enough steep, punchy ones – but he is capable of taking big time in the mountains and his time-trialling weaknesses won’t be overly exposed here. 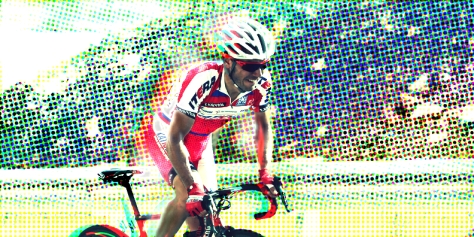 Joining him at 20/1 is Froome’s right-hand man Richie Porte. The Tasmanian is Sky’s plan B for the overall, but remember that Froome finished second overall last year in the same role, albeit on an easier course and with weaker opposition. But there is every chance Porte – an excellent time-trialist – could follow his teammate’s coat-tails all the way to the podium.

Movistar feature a strong trio of climbers, all of whom could easily finish in the top ten. Nairo Quintana is the shortest-priced at 25/1 but the Tour of the Basque Country winner, at just 23, may adopt a learning role at his first Tour, perhaps targeting the white and polka dot jerseys instead. Two-time Tour de Suisse champion Rui Costa is a generous 150/1 and could attract bold money as a long shot. Alejandro Valverde (28/1), the 2009 Vuelta winner, is the most seasoned campaigner, nominal team leader and looks fairly priced.

Similarly, the odds on the BMC pair of Tejay van Garderen (28/1) and Cadel Evans (33/1) are interesting. Evans, the 2011 champion, was third at the Giro as part of his Tour build-up and knows what it takes to win. Van Garderen’s form is also strong – he won last month’s Tour of California – but BMC have stated Evans will start as team leader. As an each-way bet, I would personally go for Cadel over Tejay.

Best of the rest

The following should be considered a long shot for the podium, but stage wins or the polka dot jersey are certainly within their compass.

Who knows which version of Andy Schleck (RadioShack-Leopard) will turn up? The contender of 2009-11, or the rider who has barely finished a race since then? 33/1 for overall victory represents a triumph of optimism over form, but I’d be looking to him for a possible breakaway win in the Alps.

Equally, what do you make of Lotto-Belisol’s Jurgen Van Den Broeck (66/1)? The Belgian is a talented climber who has finished fourth in two of the last three Tours, yet constantly flatters to deceive. He has good acceleration and is a willing attacker, but other than a stage win at the Dauphine in 2011 he has yet to show that he can beat the best.

2012 Giro champion Ryder Hesjedal (80/1) is looking to bounce back after abandoning this year’s race, and will get good support from Garmin-Sharp teammates Dan Martin (100/1) and Andrew Talansky (125/1), but realistically the team will be delighted if they can win a stage and achieve a good top ten finish. 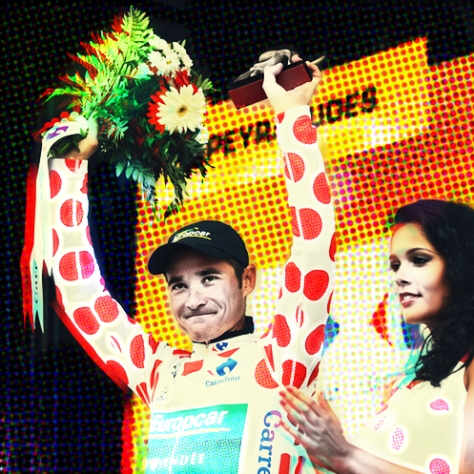 Could we see a repeat of this? (Image: Panache)

French hopes will rest on the shoulders of FDJ’s 2012 stage winner Thibaut Pinot (80/1) and Europcar’s Pierre Rolland (100/1) and Thomas Voeckler (200/1). Don’t be tempted by an each-way bet – focus instead on stage-winning opportunities and the King of the Mountains, for which Voeckler is the bookies’ favourite.

Finally I should mention in dispatches a trio of riders with plenty of talent but also much to prove: Astana’s Jakob Fuglsang (150/1), Belkin’s Bauke Mollema (150/1) and Cofidis’ Rein Taaramae (200/1). Consider them for possible breakaway victories in the final week, but no more than that.

As for the polka dot jersey, with points concentrated on the big summit finishes which are likely to decide the GC, expect the classification winner to come from one of the riders listed above, although you may also want to consider the Euskaltel-Euskadi pairing of Igor Anton and Mikel Nieve, neither of whom are likely to have any serious GC aspirations. The same applies to Fuglsang’s Astana teammate Fredrik Kessiakoff, who led the competition for much of last year’s race, and 2012 Giro podium finisher Thomas De Gendt (Vacansoleil-DCM).

The battle for the green jersey is likely to come down to a battle between the fastest sprinter (Omega Pharma-Quick Step’s Mark Cavendish) and the strongest sprinter (Cannondale’s Peter Sagan), with both on offer at even money. Sagan is likely to be outgunned in most of the bunch sprints not just by Cavendish, but also by the German pairing of Andre Greipel (Lotto-Belisol) and Marcel Kittel (Argos-Shimano), with all three benefitting from strong lead-out trains. However, when the road starts to rise in the medium mountains – and this applies to both stage finishes and intermediate sprints – then Sagan is a strong enough climber to pick up points while the others languish off the back of the main bunch. 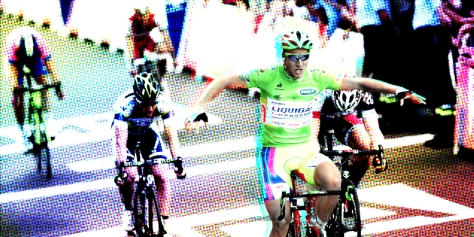 How will Sagan celebrate victory this year? (Image: Panache)

Looking at the overall parcours, the balance is marginally in favour of Sagan. But if one of the pure sprinters can establish dominance over the others – and on both past history and current form that is most likely to be Cav, who has 23 career Tour wins and claimed five stages at May’s Giro – then the balance could tip the other way. It may take five or more wins to do it, though.

Greipel has the edge over Kittel in terms of experience and grand tour victories (ten versus one). The former represents a realistic outside bet for the green jersey at 14/1. Even at 33/1, Kittel is a poor bet for green but look for him to win a stage.

Every other sprinter should be considered as rank outsiders for the jersey but several are worth looking at as potential stage winners. Katusha’s Alexander Kristoff (40/1) is in fine form – three victories at the Tour of Norway and one at the Tour de Suisse – but will mostly have to manage without a lead-out. Orica-GreenEDGE’s Matt Goss (50/1) and Kittel’s Argos teammate John Degenkolb (100/1) are better suited to Sagan-style strong-man finishes but also have the pace to win bunch sprints in the right situation. Movistar’s J J Rojas is strong (100/1) and FDJ’s Nacer Bouhanni is quick (100/1) but neither have yet to break through in the biggest races.

Interestingly, a number of the top GC contenders – Froome, Contador, Valverde and Rodriguez – are variously priced between 150/1 and 250/1. A brave punter might consider an each-way bet for a top three placing in the classification via a steady accumulation of points on medium and high mountain stages.

So those are the main runners and riders. Now all we need to do is wait for the flag to drop …

All odds are from Ladbrokes.com and correct at the time of writing.