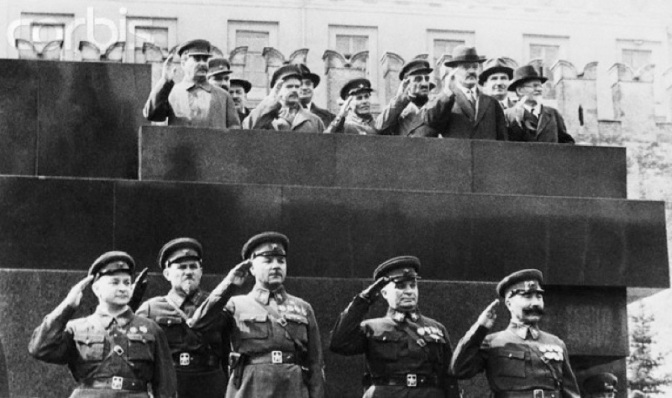 A career that’s going from strength to strength. A career that looks to be buckling under its own success. A confession that was not a surprise and was without regrets. Plus TUEs, TTT camps, Tours and maple syrup. All in this week’s Tweets of the Week.

The morning side of the mountain

That Mark Cavendish sure likes horizontal stripes – he was in the rainbow jersey in last year’s Tour and he’ll be in the British red, white and blue stripes this year. [Bang] We’re off! 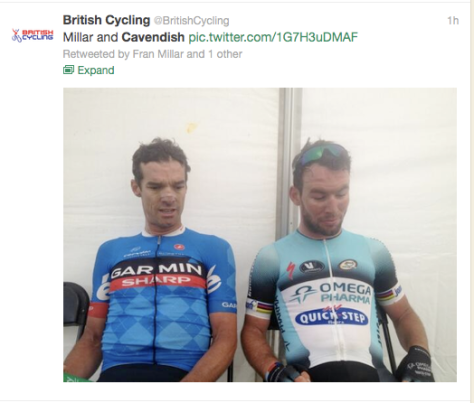 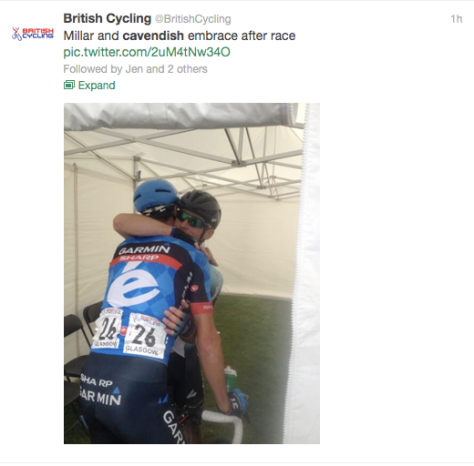 Congratulations were coming thick and fast for Cavendish – of course, Sky is the closest thing the UK has to a national team – and Cav used to be on Sky. First they congratulate Eddy Higgs Boson Haagen-Dazs for a third place finish in his own national championships. Note that they mentioned the winner, Thor Hushovd.

Next, they congratulate Sky riders Ian Stannard and Pete Kennaugh for their second and fourth places.

Huh, I wonder who won? No room? You could have composed a separate tweet to congratulate Cav (but you didn’t). And here I thought they’d parted on the best of terms (stir, stir, stir). Kind of like being airbrushed out of the May Day Parade photo opp in Red Square …

The twilight side of the hill

I bet cycling journalists are falling over themselves these days to interview Bradley Wiggins. Why? Because he makes big, bold statements that set the Twittersphere alight. Does he mean any of them? God knows. His latest soul-baring interview mentioned that he probably wouldn’t ride the Tour de France again to win it, that the sacrifice is too great (which is fair enough). [Bang] We’re off! 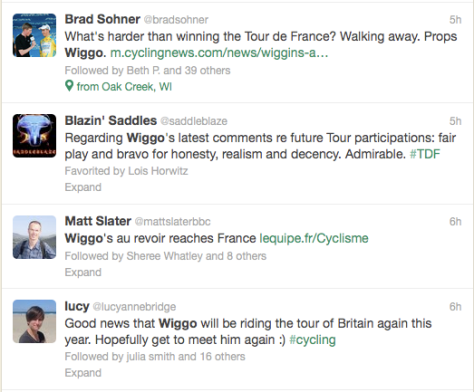 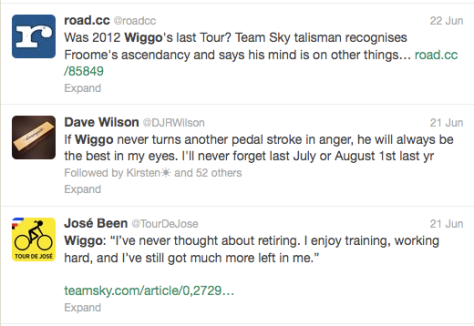 Stay tuned next week, when Brad says that not only will he win Paris-Roubaix and the Tour of Flanders next year but he’ll have a crack at Milan-San Remo because, hey, how hard can this sprinting thing be? That little guy who was on Sky last year seemed to do okay at it … now what was his name? He went to some Belgian team … (I wonder, if Wiggins leaves Sky, will he be airbrushed out of Sky’s May Day photograph too?)

No regrets, no tears goodbye 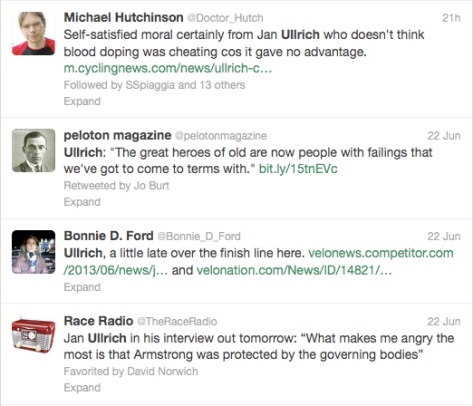 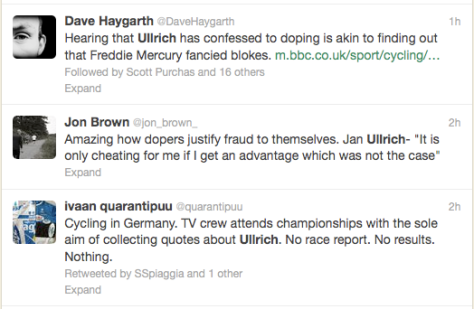 Geez, he even upsets felines …

So happy that Ted King is in the Tour this year. Pancakes for everyone!

And of course, the Jensie is in this year’s Tour. His 16th and hopefully not his last.

And The Sacred Haunches won his eighth national TT championship. Now if he can only add the rainbow jersey for road racing to his wardrobe!

That Boy Phinney gives us all hope.

While Stephen Roche doesn’t seem to know his own mind. Backing Froome but Contador has the edge? Talk about hedging your bets.

While Jonathan Vaughters and David Millar were having a bit of a spat, which set the Twitterati aflutter – is he off the Tour team? [Bang] We were off – speculation was at fever pitch, endless tweets that I can’t be bothered to screen-grab gnawed the problem over, until Vaughters chastised everyone for spreading scurrilous rumours and revealed the row was over where Millar would stay for TTT camp. As if Vaughters didn’t know this set of tweets would set off scurrilous rumours … 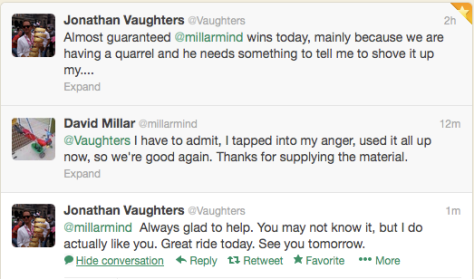