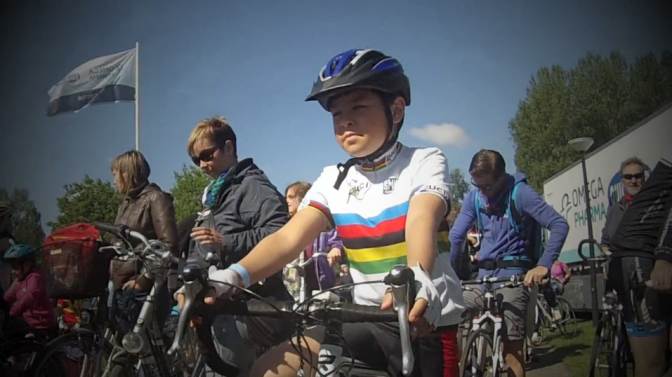 If you have a video you think should be included in our monthly round-ups, tweet a link to @kiss_my_panache.

1. Taylor Phinney on the Giro and shoes

Edvald rides with his young admirers back in Norway.

Vintage interview with a woman who was ahead of her time.

4. Wiggins crashes … on a cross bike

Wiggins on the ground at FDJ.

Inside the world of Japanese professional track racing.

6. Naranja, the colour of competition

It’s the carrots! Hopefully this video won’t crash your computer 🙂

8. We ride for the wounded

Semper fi! Love that these young people want to thank those who serve their country.

OPQS rides with some young fans!

11. The emotions of Vincenzo Nibali

The 2013 Giro d’Italia winner tell us how it feels to be champion!

Good advice from the GCN … “Never ride out of the saddle like this, simply because you look like an idiot.”

Nice to see this finally come to the Big Apple!