I’m keeping an eye on three riders at different stages in their careers. Firstly there’s the mighty Jens Voigt in what will quite probably be his final season. I’m also following young Tejay van Garderen after he single-handedly salvaged my Fantasy Tour de France team last year. The final member of my triumvirate is Adam Hansen, who specialises in Twitter and lead-outs, not necessarily in that order. 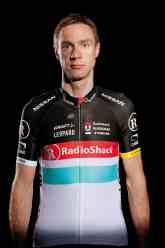 Jens set his stall out early on this year. Well, more to the point, he picked up where he left off. “This morning already it crossed my mind that I might as well do something stupid,” he said, explaining his strategy on the opening day of his season. The People’s Choice Classic in Adelaide had covered five metres – yes, five metres – before Jens attacked, and he stayed away for 21 of the 30 laps of the race circuit.

That’s been pretty much the shape of Jens’ season to date, and although he hasn’t picked up a win as yet, I’d like to think that there will be a race where his attack will stick and he will get another glorious win to add to his palmares. He told our own Sheree that his legs don’t listen quite so much these days when he tells them to shut up, but on current showing it’s still Jens who has the final say.

Tejay has started the season quite well, using his time-trialling strength to good effect and holding his own on hillier terrain to cement solid GC places in Paris-Nice, Tour de San Luis, and the Criterium International. In the latter, he was actually the highest placed non-Sky rider, which is almost a ‘best-in-class’ finish! In all seriousness, it was probably the strength in depth of Sky that put paid to his chances of the overall win.

He seems to be playing it relatively steady so far, claiming not to have had any major objectives in the races that he’s contested to date. As much as that’s easy to claim, it suggests that he has bigger objectives and on this showing Tejay should find himself in with a decent shout of a high GC placing in the upcoming Tour of California before tackling the Tour de France. He’ll be the team leader in California, but his prospects in July will depend on how much support he gets from a team that will also contain Cadel Evans, who is riding the Giro as part of his preparation for the Tour. 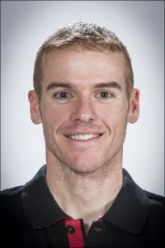 I said at the outset that the best measure of Adam Hansen’s performances would be the results picked up by Lotto Belisol, in particular by Andre Greipel, and the early signs were very good. Greipel won three stages in the Tour Down Under as Lotto dominated the sprints, largely thanks to strong work by Hansen, amongst others.

However, following that up has proven tricky and the results have been less encouraging since Oz, littered with misfiring lead-outs and generally underwhelming performances. I’m expecting bigger things from Adam and from Lotto in the coming months though, and bearing in mind he’s planning to hit all three Grand Tours, there are plenty of miles left to race for the big man.