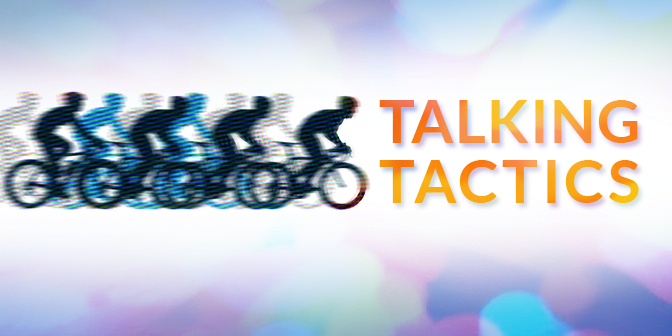 Paris-Roubaix is referred to as ‘the Queen of the Classics’ and ‘the Hell of the North’ with good reason. Every year it delivers a spectacle of high drama and derring-do, the stuff of cycling legend. 2013 was no exception, providing thrills and (literally) spills that left the result in doubt until the closing metres. Rather than focus on the reasons for Fabian Cancellara‘s third Roubaix win  – he was stronger and just that little bit luckier than everyone else – I’ve picked out six points that shaped the wider race. END_OF_DOCUMENT_TOKEN_TO_BE_REPLACED

My three Spanish Grand Tour riders have been honing their form ahead of the Ardennes Classics, where all three will be competing in one or more of the races. But their main challenges lie further ahead. Samuel Sanchez is pinning his hopes this year on the Giro d’Italia, while Alberto Contador and Alejandro Valverde have their eyes firmly on the prize at the 100th Tour de France. As a consequence, there’s not a lot to jump up and shout about in my first report of the season.

There are two ways of looking at these results. The first is that Alberto’s working his way slowly into fine form for the Tour de France in July. Last week he was still hampered by the effects of the cold he suffered following Tirreno-Adiatico which forced him to skip the Criterium International. Or, and possibly more worrying, he’s discovered that Sky have forced everyone to up their game, particularly Movistar and Astana. Results really didn’t go according to plan at the Vuelta al Pais Vasco, as climatic conditions deteriorated badly by the end of the race. It’s well-known that Alberto doesn’t respond well to extremes. He doesn’t like it to be either too hot or too cold. Nor would he wish to possibly sacrifice his participation in the Tour in a race he’s already won twice. So, in summary, it’s too early to be concerned. Let’s see how he fares in La Fleche Wallonne and Liege-Bastogne-Liege, provided he’s not too fatigued to take part.

Alberto has recently unveiled a project close to his heart, the Specialized-Alberto Contador Foundation junior team which offers young cyclists the chance to serve an apprenticeship at the Contador Foundation as they make their way through school and hopefully into the professional ranks. Contador is to be congratulated in persevering with such a project and keeping all the partners and sponsors on board given the current economic crisis, particularly in Spain. Next year, if everything goes according to plan he’ll add women’s and under-23 teams.

It would appear as if Alejandro’s taking a leaf out of the Sky book of training. He’s only raced 16 days (2,591km) by comparison with Contador’s 28 days at the time of writing. Instead, he’s chosen to spend time training for the forthcoming Ardennes Classics and Tour de France.

In addition, he’s ridden mainly in Europe Tour races. His only race on the WorldTour was the Volta a Catalunya where he was a DNF on stage four after he and teammate Eros Capecchi crashed on a descent and were unable to continue. Fortunately neither was badly injured, just bruised and battered. It may be that with his 33rd birthday fast approaching (25th April), he’s marshalling his reserves for when and where it most counts. We’ll have a better idea of his condition after the Ardennes Classics, where he’s taking part in Amstel Gold, La Fleche Wallonne and Liege-Bastogne-Liege.

It’s been slim pickings for the boys in tango-orange outfits –  the only WorldTour team without a win this season – and none more so than the team’s leader, Samu. However, he’s assured everyone that the good sensations are returning and he was pleased with his overall performance in the Vuelta al Pais Vasco given that he’s building towards the Giro d’Italia. It’s true there were flashes of the Samu we all know and love in the Basque country last week where he launched a number of his trademark attacks on descents.

He too has only raced for 16 days but that’s not atypical for him and next up on his agenda is Liege-Bastogne-Liege where we’ll have a better indication of his form. I’m not worried, I’m sure he’ll repay the team’s faith in him sooner rather than later. Personally, I think he’d look very fetching in pink!