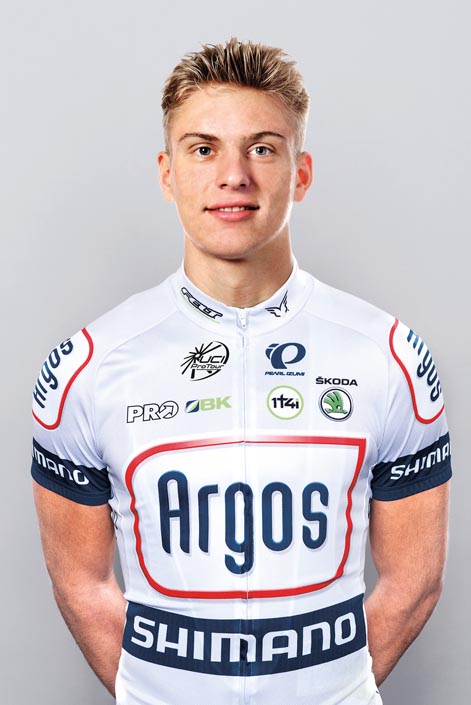 Marcel Kittel fully justified his number one billing as defending champion to win the 101st running of Scheldeprijs. He positioned himself perfectly in a chaotic bunch sprint and did just enough to close out the charging Mark Cavendish to deny him the perfect first birthday present for his daughter Delilah Grace. Second-year pro Barry Markus claimed third spot to round out the podium.

Buried midweek between the cobbled Monuments of the Ronde van Vlaanderen and Paris-Roubaix, Scheldeprijs is a rare opportunity for the sprinters to hold sway during Spring Classics season. Its profile is so flat it makes a billiard table look lumpy. Essentially it is 4½ hours of outdoor turbo-training followed by a final kilometre of utter carnage as many of the best sprinters in the sport conduct an uncontrolled free-for-all on the streets of Schoten.

Two separate escapes slipped off the front of the peloton early on, coalescing to form a single group of nine. However, they didn’t even survive as far as half-distance, with a subsequent three-man attack of Matt Brammeier (Champion System), Stefano Borchi (Vini Fantini) and Sven Vandousselaere (Topsport Vlaanderen-Baloise) volunteering as the hare to the hounds of the peloton. However, they too were snaggled up with still 26km – 1½ laps of the closing loop – remaining.

The top sprinters’ teams – FDJ, Argos-Shimano, Blanco, OPQS, Astana and Lotto Belisol (for Kenny Dehaes) – then moved towards the front to raise the tempo, stake their position and dissuade further attackers. All this was mere feinting, however – the light cabaret before the big fight – as OPQS seemed to melt away, leaving Lotto to challenge Argos for pole position under the 1km banner.

Kittel’s train held firm, allowing him to hold station just off the front and launch his powerful sprint with about 200 metres to go. At this point Cavendish was isolated, just outside the top 20 and eight lengths in arrears but with clear air ahead of him. He was forced to drift to the right as carnage unfolded in front of him, leaving him with no wheel to launch out of, but a prodigious burst slung him to within half a wheel of Kittel at the line. Not enough, though. Kittel’s own jump was well-timed, and sufficient to hold sway as the German claimed back-to-back Scheldeprijs titles. An early season disrupted by a virus picked up at Paris-Nice had seen Kittel quiet thus far, but he came roaring back here to steal Delilah’s birthday present from under her father’s nose.

Barry Markus (Vacansoleil-DCM) was third, with Guardini fourth. Bos looked to be heading for a podium finish, but was side-swiped by Markus as he moved out and faded to finish an angry and protesting eighth.

As ever, Scheldeprijs provided a long and frankly dull wind-up ahead of a frenetic conclusion – something this race seems to specialise in. The most exciting things to happen in the first 200km of the race were a minor crash for the new King of Flanders, Fabian Cancellara, and riders repeatedly threatening photographers’ and bystanders’ well-being by hopping across pavements to short-cut corners.

Nonetheless, this was a super performance and result for both Marcel Kittel and his Argos-Shimano teammates. Despite missing Koen de Kort, this is a powerful well-drilled team marshalled by the quick and experienced Tom Veelers and Roy Curvers. They were a constant presence at the front of the bunch in the closing kilometres, depositing their man in the ideal position – and Kittel, despite his relative inexperience, is already a fine and powerful finisher in the mould of a young Greipel. A textbook display of how to win a bunch sprint, and the team can now go into the Giro with their tails up.

There is some work to be done at OPQS, however. They have the most coveted sprinter in the world in Cavendish and started here with a formidable team including Gert Steegmans, Iljo Keisse, and Stijn Vandenbergh, but they seemed to peel away far too early – not the first time this has happened this season – leaving Cavendish with too much to do. Even then, he nearly pulled off an improbable win, so his personal form looks bang on track. Perhaps there’s some fine-tuning still to be done. Equally, the return of key men such as Tony Martin and Niki Terpstra ahead of the Giro may be all the additional support Cav requires.

Beyond the first two, it was a good showing for youngsters Markus (21) and Guardini (23), third and fourth respectively, showing they can mix it in the bigger races. Fifth was no bad result for Alexander Kristoff, although he would probably have hoped for better in a spring campaign which has seen him win a stage at De Panne and finish fourth and eighth at Flanders and Milan-San Remo. Tyler Farrar barely registered in coming sixth, and shows little sign of emerging from a funk which has seen him fail to claim an individual victory in Europe since his Tour de France stage win on Independence Day 2011 – 21 months ago tomorrow.