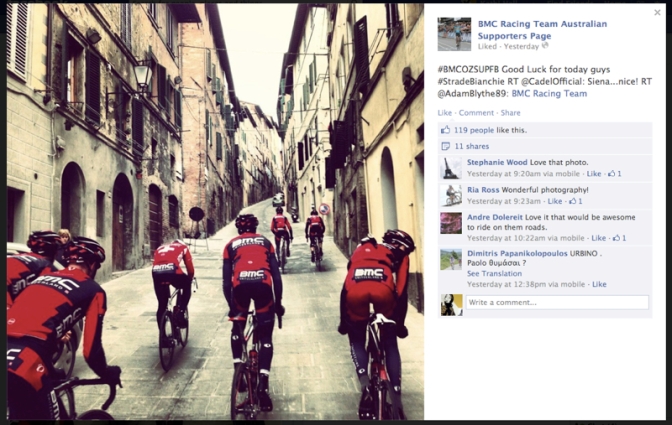 This is how traditions are made

Strade Bianche has only been in existence for six years, yet it has the feel of an historic race. And it was just as exciting this year as last, with a surprise winner and a Velvet Samurai powering into second. This set of photographs gives a feel of the run-up to the race and the day itself. 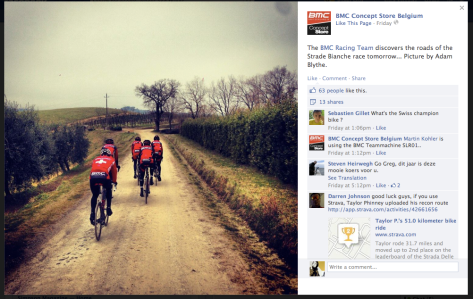 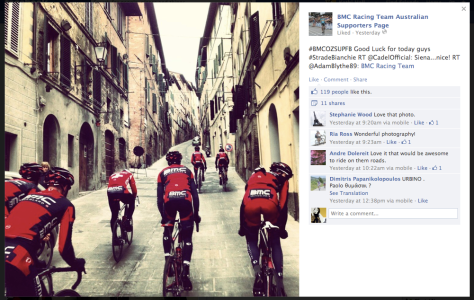 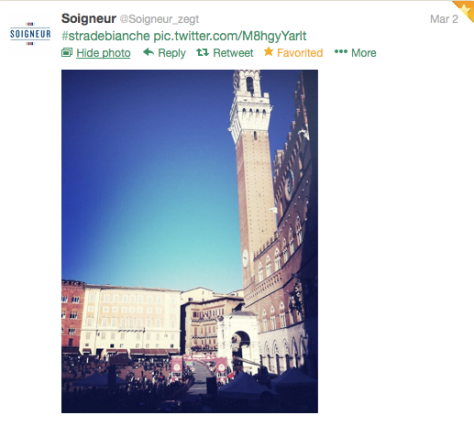 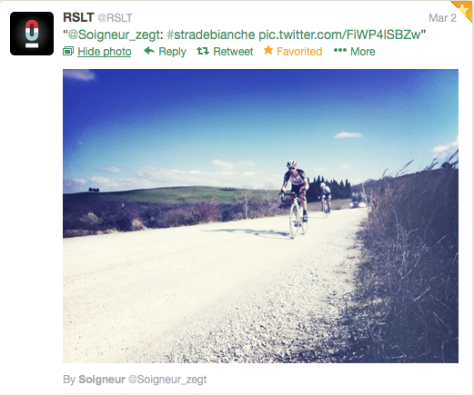 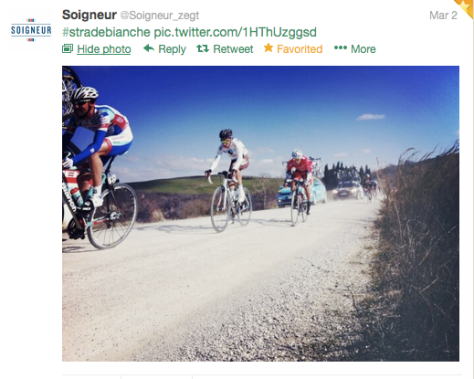 This was a race that My Beloved Cancellara wanted to win for the third time, not least because it would mean that one of the white sectors would be named after riders who have won the race thrice. 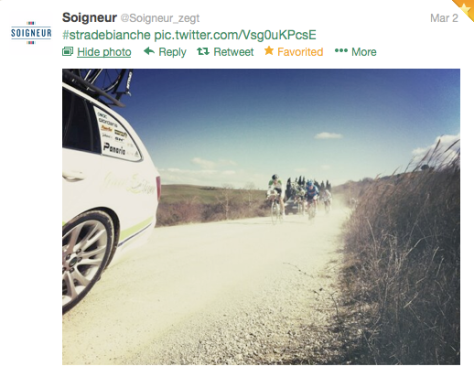 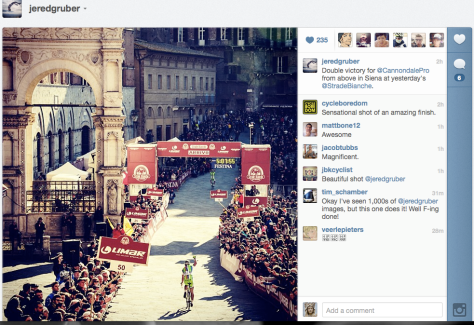 Before anyone starts talking about Fabs whining about being man-marked (and you know who you are …), can I just say that in all the interviews he did after the race, he acknowledged that the best team won. I liked the above tweet because he used ‘unluck’ again – I find that I use that word all the time and I’ve even heard one of my friends use it (and they wouldn’t know Fabs if he came up and slapped their face). But I also love his last sentence: ‘The race was hard and awesome” Yes it was. 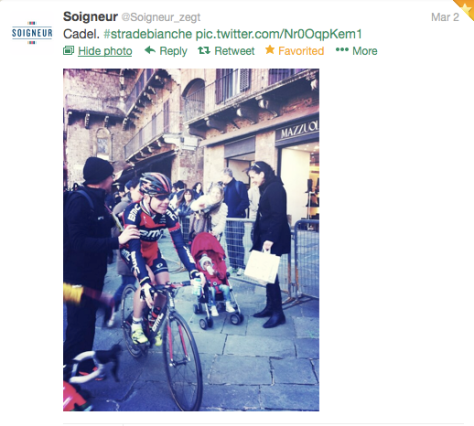 BMC’s Manuel Quinziato even made a playlist for the race. Lucky for us, he’s a sharer.

All of last week, Panache and I were having a bit of a sibling spat about who would win Strade. He wanted BMC’s Greg Van Avermaet, I of course wanted someone else (neither of us were right). This spilled over into Saturday’s tweetfest. 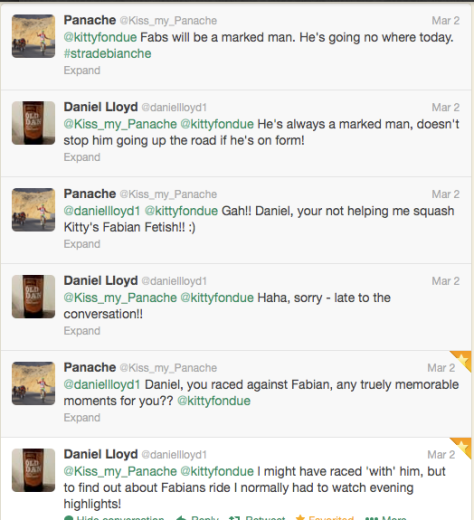 Ah, it’s the perfect backdrop to a beautiful race. The Coliseum in the background, a beautiful sunny day, an Italian rider for an Italian team throwing his hands up in victory … um, except Filippo Pozzato got it a bit wrong. 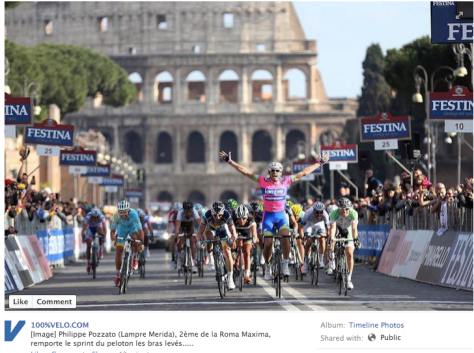 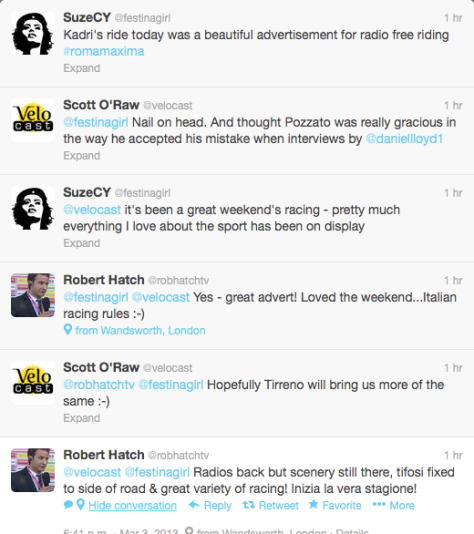 And speaking of Italian races and cycling passion

But the French know a bit about cycling passion as well

The subject of World Series Cycling has come up again – something heinous like four-day races that have time trials, climbs, sprints, et cetera and they just travel around doing this over and over again. Perhaps that’s too general and biased a summary (this is the Cycling News report on it), but where do you get any tradition if all of the races are the same? Not to mention, doesn’t cycling have enough problems to solve first before they look at tinkering with race schedules and formats? Like, I don’t know, doping? UCI leadership? But that’s just me … What did everyone else say about it last week? So what is this breakaway league all about? 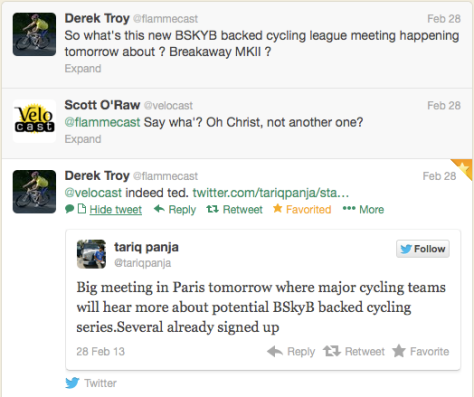 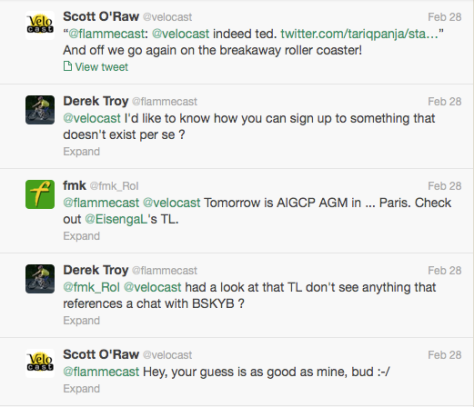 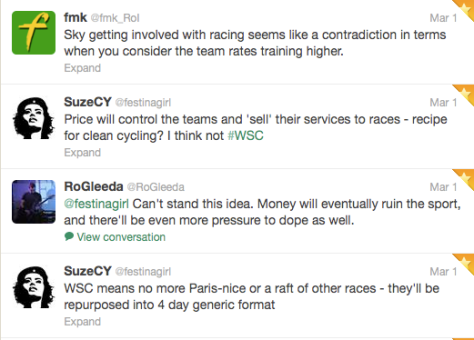 There were a lot more arguments around this on Twitter and no doubt there will be a lot more in the future. In fact, I foresee a Tweets of the Week Special: Brailsford Takes Over All Of Cycling and Makes It Dull As Ditchwater (Sorry. Marginal gains just don’t do it for me …) But seriously, as Velocast says – isn’t there a huge conflict of interest here? And don’t we have enough of those already?

Why is Purito asking the Twitterati if he should cut off his thumb with a cigar cutter? 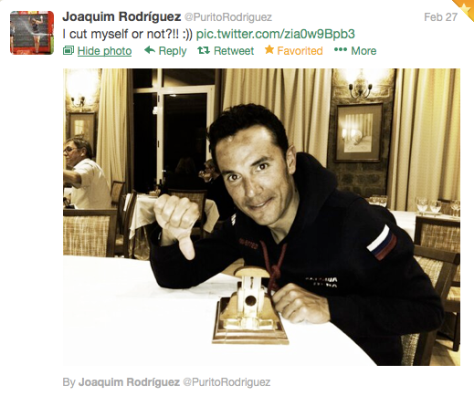 What exactly is that gigantic tattoo of on Chava‘s leg? 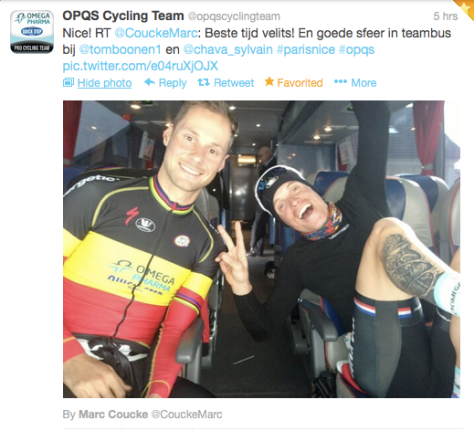 Is that what David Harmon meant when he said this during Paris-Nice coverage? (He also said Robert Gesink “looked like a bag of spanners”, which got a good response from the tweeters.)

Is this the only picture of Bernie Eisel that makes him look … unlike a god (or, in Fabianese, an ungod)? 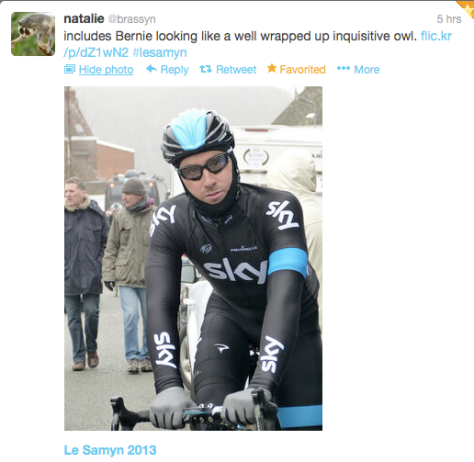 Why is Andy smiling – and isn’t it nice to see? Check out the guy’s shorts in front of him – they are inside out. (We hope to see Andy smiling a lot this season. We’ve been giving him a hard time but we really do want him to get in the races and do well.) 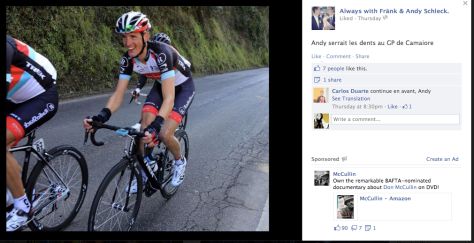 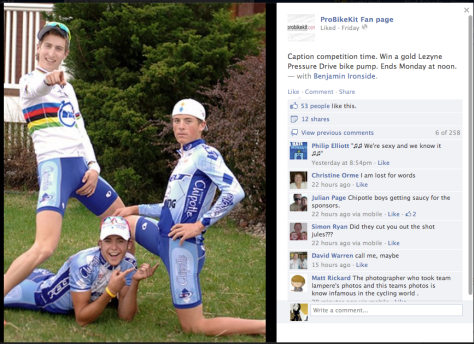 And the last word goes to … 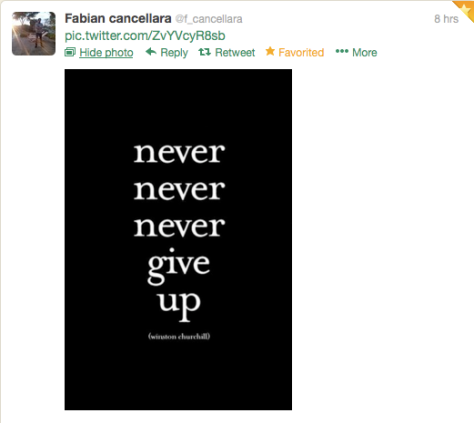 Until next week, tweeties.