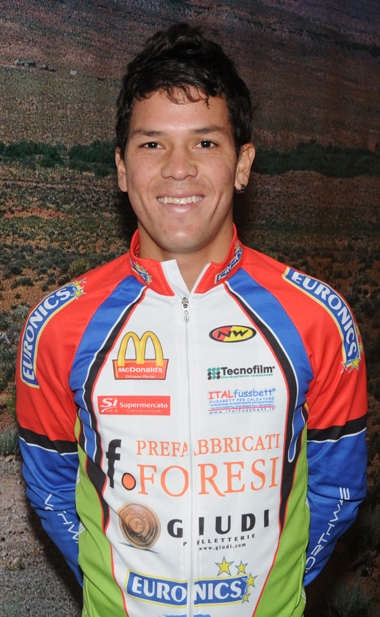 Julian Arredondo (Nippo-De Rosa) continued the recent domination by South American climbers of the Tour de Langkawi, taking his first career overall victory courtesy of first and second places on the race’s two key mountain stages. Two wins each for Theo Bos, Bryan Coquard and Francesco Chicchi, plus one each for Tom Leezer and 2011 and 2012’s king of the sprints Andrea Guardini ensured the spoils on the flat stages were well shared out too.

Astana’s Guardini (then riding for Farnese Vini) had dominated the sprints in the previous two editions, winning five times in 2011 and six last year. However, these victories had come against relatively weak opposition. With the number of ProTeams in Malaysia this year rising from two (Astana and Garmin-Sharp) to five (Omega Pharma-Quick Step, Blanco and Orica-GreenEDGE), so too did the quality of the sprint competition. Fresh from a win at the Volta ao Algarve, Blanco’s Theo Bos stamped his authority on both the opening stages in lively sprint finishes.

On stage one Bos benefitted from an impressive lead-out from Graeme Brown to take victory over Bryan Coquard (Europcar) and Guardini by several lengths. If anything, though, his victory the following day was even more impressive as he opened up the sprint more than 300 metres out and held on just long enough to beat Guardini and GreenEDGE’s Aidis Kruopis.

After the initial sparring, it was on stage three into the Cameron Highlands that the battle for the general classification really commenced, with the first of two tough mountain summit finishes. China’s Meiyin Wang (Hengxiang) launched a solo attack out of an all-Asian five-man lead group with 40km to go and stayed strong to become the first Chinese rider ever to win a stage in this race. He crossed the line with a handsome 2:27 margin over Julian Arredondo, who in turn was the best part of a minute in front of a gaggle of 25 other leading contenders including 2010 winner Jonathan Monsalve (Vini Fantini), Pieter Weening (Orica-GreenEDGE) and Sergio Pardilla (MTN-Qhubeka). Wang ended the day with the distinction of leading all four jersey classifications: the overall, King of the Mountains, sprint and best Asian rider.

Having finished third and second in the opening two sprint stages, Guardini nearly went one better the following day. However, Vini Fantini’s Francesco Chicchi popped out of his slipstream to deny him and claim his first victory of 2013, with Kruopis again third.

Stage five provided the big GC showdown, with Wang attempting to protect his 2:43 advantage over Arredondo on the daunting 25km Genting Highlands climb which steepens as it rises and touches 20% in places. However, the Chinese rider could not live shoulder to shoulder with the best climbers and was rapidly popped out of the back of the leaders’ group. It was Arredondo who had the best legs, surging forward into the cloud layer to break away from Weening and passing lone breakaway man Travis Meyer (GreenEDGE) as if he was standing still. The Colombian pressed home his advantage, arriving 26 seconds ahead of Weening and 44 in front of RTS’ Victor Nino, who was third overall last year. So strung out was the peloton that each of the top 16 riders arrived at the finish in separate times, with most several seconds apart.

Once the mist had settled, Arredondo emerged wearing yellow with a decisive 1:22 advantage over Weening, who in turn held a 48-second cushion over Pardilla. Game over, at least as far as the overall was concerned.

Theo Bos had to withdraw with reported food poisoning ahead of stage six, but his team were firing anything but Blancos as Tom Leezer won in conditions that were initially damp, then wet and finally monsoon-like. The Dutchman took his first win, in his sixth year as a pro, by overhauling Meyer’s attack from the day’s break and jumping clear in the final 7km to solo home.

After the energetic Meyer again featured in the following day’s breakaway, it turned out to be lucky stage seven for Guardini. The Astana sprinter got the jump on Chicchi to claim his 12th career Langkawi stage. Kruopis maintained his run of consistent results with his third third-place finish. The Lithuanian could perhaps lay claim to the nickname ‘The Eternal Third’. 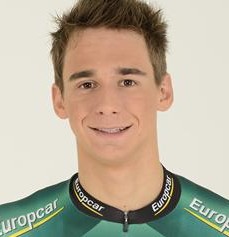 However, Kruopis’ luck abandoned him altogether on stage eight, when an early crash in greasy conditions forced him to abandon ahead of another bunch gallop. The diminutive 58kg Coquard selected the right wheel from which to launch his sprint – Chicchi’s – to edge out OPQS’ British sprinter Andrew Fenn.

In addition to Kruopis, Orica-GreenEDGE lost Wesley Sulzberger and Luke Durbridge prior to stage nine with suspected food poisoning, with Blanco losing Leezer and Jos Van Emden to similar complaints as several others failed to start or complete the day. Coquard claimed his second consecutive win, this time using Astana’s Allan Davis as his inadvertent lead-out before holding off the fast-finishing Chicchi.

However, Chicchi would not be denied a second win. On the tenth and final circuit stage around Kuala Terengganu, the Vini Fantini rider duly took victory ahead of Synergy Baku’s Rico Rogers and Blanco’s Graeme Brown as the sprinters enjoyed one final hurrah.

Throughout all this Arredondo, with a lead in excess of a minute and ably protected by his Nippo team, rode on serenely and was never seriously threatened as the second half of the parcours offered little peril other than wet roads and food poisoning. The young Colombian will never enjoy an easier ride to what was nonetheless a well-deserved victory.

Chicchi overhauled Guardini, who was unwell for the last couple of days, to take the sprint jersey, while Wang finished as both the best Asian rider and King of the Mountains. MTN-Qhubeka won the team prize, as well as placing Pardilla on the bottom step of the podium. 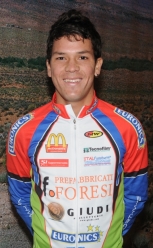 For the fifth year in a row, the Tour de Langkawi was won by a South American climber on a relatively small team. 24-year old Julian Arredondo clearly had the best legs on the climbs, finishing second behind Meiyin Wang‘s solo break in the Cameron Highlands and dominating the Genting climb himself. A second-year pro, he had already shown his climbing prowess on last year’s Tour of Japan, where he finished second overall behind Nippo teammate Fortunato Baliani (who finished seventh here), winning a mountain stage at Shinshu and finishing second behind Baliani in the Mount Fuji time trial.

It was good to see the Asian teams making the most of their opportunity to rub shoulders with the big boys on the European teams. Even though their sprinters were outgunned, they animated every stage by hurling riders repeatedly into breakaways. And in Wang, who ultimately finished fifth, we may just have seen the start of a Chinese revolution in world cycling. With their resources and the population, it is surely only a matter of time before we see a Chinese rider winning a stage or a jersey at a decent European race.

As for the sprints, the presence of more of the big European teams prevented a one-man show. Blanco will once again have been delighted with their early season form. Theo Bos had the upper hand until his retirement and Tom Leezer‘s win gilded the lily. But both Coquard and Chicchi will be delighted with two wins each, while Guardini and even the winless Kruopis can be happy with the consistency of their performances.

While Bos was clearly a level above the others it was interesting to see Coquard’s emergence in the second half of the race as the Olympic track silver medalist showed excellent positional sense and a feel for whose wheel he needed to follow. It will be intriguing to see how well he can mix it in the bigger stage races where he will come up against the heavy-hitters of sprinting.

All in all, this was one of the more interesting Tours de Langkawi, despite the battle for the overall being effectively sealed by its mid-point. If the trend towards having more WorldTour teams continues, this can only be good for raising the profile of both the event and as an opportunity for the region’s star riders to test themselves against the best in the world.