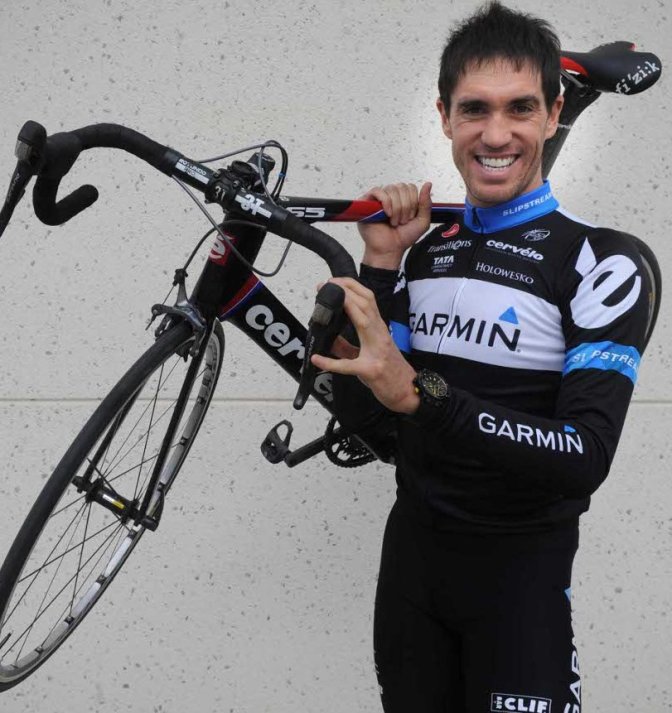 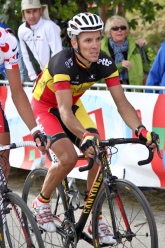 Had you been told at the start of the season that Philippe Gilbert would be down in a lowly 40th in the UCI rankings after the Ardennes Classics, you wouldn’t have believed it. He had been billed as favourite for the three races, after doing the famous triple last year.

But poor showings in the big Classics left fellow Gilbert fans worrying. And so it proved. Our concerns were justified with a sixth place at the Amstel Gold Race, although it seemed like he could make amends at the last of the three races – Liège-Bastogne-Liège – after taking third at the midweek Flèche Wallonne.

However, it wasn’t to be, as he finished in 16th place. He has since gone on to finish seventh at his native Tour of Belgium, wearing the tricolore on his back – a jersey he will hope to defend at the national championships in Geel on Sunday.

Gilbert has been named in BMC’s Tour de France team, and will work to help team leader Cadel Evans defend the maillot jaune. But, having come so close to winning the green jersey at last year’s race, we could well see him attempting to pick up a few points along the way.

However, Gilbert’s principal target coming up is the Olympic road race in London, as he goes for gold and attempts to banish the demons which have plagued his season to date.

One man who will be gunning to snatch the Belgian stripes off Philippe Gilbert this weekend is Tom Boonen, in a bid to pick up where he left off in his spectacularly successful spring campaign.

After winning both Paris-Roubaix and the Ronde Van Vlaanderen, it is little surprise that he has quietened somewhat, failing to add any points to his WorldTour ranking since our last rider update. It is testament to the brilliant way that he started the season that he has only dropped to second, knocked off top spot by Joaquim Rodriguez.

He returned to racing at the recent Tour of California, taking second place on stage eight of the American race. Speaking ahead of this weekend’s Belgian national championships, Boonen has warned:

It’s the first time that I’ll race a Belgian championship near my home. While I’m out training, everybody is encouraging me, even more than for the Tour of Flanders. I’ve really made a goal of the Belgian championship. People might say, “it’s just a Belgian title” but I think it’s a very nice prize. I’ve done all I can to be good for it. I’ve been training hard in the last few weeks.

Boonen won’t ride the Tour de France this July, hoping to further frustrate the current King of Belgium™ at the London Olympics.

Koldo has spent most of his season working tirelessly for other members of his team, but has managed to get himself a couple of impressive showings in the Bayern Rundfahrt sprints (Tour of Bavaria) for his palmarès.

He finished eighth and seventh on stages three and five respectively, and rode the Critérium du Dauphiné before retiring on stage six.

Kitty is looking to do two fan-focussed Friday Features (say that three times fast after you’ve been at the VV drinks trolley!) and she needs YOU! She’s looking for contributions around these two subjects:

How did you become a rabid cycling fan?

Did your mum make you keep track of the time differences between breakaways and the yellow jersey when you were young? Did you have a pirate fixation and latch on to the fan-wagon of Marco Pantani? Did you notice Fabian Cancellara‘s haunches and think “Hmmmm, now that’s a sport I could get on board with?” [Hmm, now I wonder who that sounds like? – Ed] Kitty wants to hear all the stories – it can be one line or a full paragraph! END_OF_DOCUMENT_TOKEN_TO_BE_REPLACED