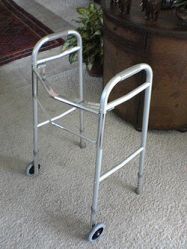 Recent news such as the proposed comeback of Mario Cipollini, the masters’ hour record set in Aigle by 100-year old Robert Marchand and the retirement of 1997 Paris-Roubaix winner Frederic Guesdon (FDJ-BigMat) after coming back from a broken pelvis in the Tour Down Under to complete this year’s edition of the race, got me thinking about the contribution made by the older generation of riders. By older, I mean anyone born in 1975 or earlier. This is a select group of 22 riders some of whom, like Guesdon, are planning that this year will be their swansong. Riders such as Robbie McEwan (GreenEDGE) and Alexandre Vinokourov (Astana) are indulging in a trip down memory lane before they climb off the bike and into the team car as a directeur sportif. Others – or quite possibly just Jens Voigt (RadioShack-Nissan) – you feel will never hang up their helmets.

These riders tend to be much appreciated by their teams, for whom many are long-serving members, because they act as ‘captains of the road’, guiding less experienced members of the team and acting as their mentors. While they may have lost some of their top speed, they’ve not lost their will to win and can often be found animating the race, going off in long breakaways, pulling on the front of the peloton for kilometre after kilometre or popping over the finish line when you least expect it.

Voigt is already 40, but keeps on ticking (image courtesy of RadioShack Nissan Trek)

Most ProTour teams have an average age of around 27.5 years. The combined ages of the older riders tend to be off-set by those of the fresh-faced neo-pros. Our select group has an average age of 37.6 years and 13.5 years as a professional. The most experienced is BMC’s record-setting George Hincapie, who started way back in 1994.

So, who are these select elder statesmen of the peloton and how can we accurately assess their contribution to the team? Most seem to feel that the UCI’s points system as a measurement tool is limited, as it only takes account of results in WorldTour events. Often the work contributed by the elder statesmen ensures one of the team’s leaders wins the stage or the race while they come in further down the order – job done. As a consequence, I’ve looked at two alternative indices. Cycling Quotient attributes points to all UCI races and operates a year-to-date and rolling 12-month score for every professional rider. I have also looked at IG Markets, a sponsor of Team Sky, which operates on a not dissimilar basis, but only presents results for the top 200 professional riders. Unsurprisingly, the results of these two indices are not dissimilar (click on the image to enlarge):

Our top-ranked rider on a rolling year basis is the evergreen Levi Leipheimer (Omega Pharma-Quick Step) who started the year by winning the Tour de San Luis. However, his 2012 to date score is lower than that of Chris Horner (RadioShack-Nissan), most probably as a consequence of missing the recent Vuelta al Pais Vasco. Leipheimer would have anticipated contesting the overall but was mown down from behind while out training, just days before the race started. I have found the Basque country to be the most bike-friendly place I’ve ever ridden in and was surprised to hear of his altercation with a car. Was it perhaps driven by a cycling-mad Euskaltel fan?

Others who’ve scored highly to date include Matteo Tosatto, seventh in last weekend’s Paris-Roubaix. Though to be fair the season has only been underway for a few months and many of these other riders will collect points with solid placings, particularly in the Grand Tours. Hence it’s perhaps more appropriate to look at the rolling year scores where the same names emerge in the upper rankings but this time we have to include veteran sprinter Alessandro Petacchi (Lampre) who has substituted guile for a bit of top speed to continue to rack up the wins, particularly in his home Tour, the Giro d’Italia, and races on home soil.

So how do these guys continue to perform?

According to Dr Tim Noakes it is a question of mind over matter. He has constructed a complex central governor model of exercise in which he demonstrates that it’s the brain which dictates how fast, how long and how hard you can exercise. It seems to me that a lot of the riders in the table above typify Dr Noakes’s model where ‘miles in the head’ count for more than ‘miles in the legs’ when it comes to performance. How you learn to pace yourself and handle adversity over time is priceless. Experience can bring confidence. And confidence, as we know, is everything.

What maximum efforts are possible at older ages? What effects are age-dependent, which depend upon training? To get to the root of this question researchers have typically examined runners because the times can be better translated into meaningful performance levels. The main results, however, can be applied to cycling. The graph below shows the results of a study on time trial performances conducted in St Johann on the age world record holders between 40 and 90 years old. Maximum power falls by 30% between 40 and 70, both in aerobic (endurance) sports and in anaerobic (sprint) events. The fall is pretty linear to this point. Past 70, the power fall-off process is accelerated.

The graph shows the time trial performance of master athletes as a function of their age. In addition, researchers have discovered that the balance between type 1 slow twitch muscle fibres and type 2 fast twitch fibres remains, though the total muscle mass somewhat reduces. This result is somewhat contradictory as many athletes have the feeling that they first lose speed but no, it is endurance which goes first, say the researchers. Once past 80, the sprinters have the advantage. The world record for 100 metres for 90-year olds is an astounding 17.83 seconds. Well, that explains Robert Marchand!

2 thoughts on “Friday Feature: In praise of the older generation”