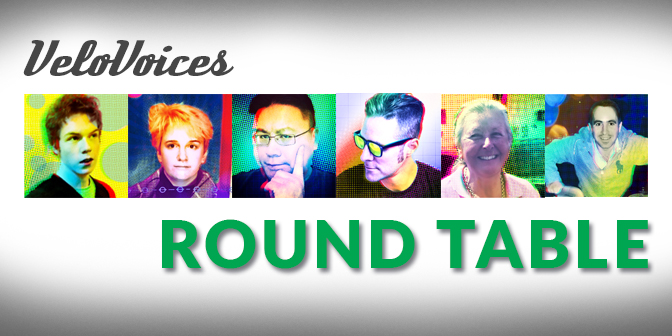 Here at VeloVoices we love to talk about cycling, and nothing delights us more than the opportunity to talk to each other and to fellow fans about the sport. In this second of two posts, we take a look at some of the big issues arising from the first three months of 2012.

Without Alberto Contador, Saxo Bank are currently ranked 18th and last of the 18 ProTeams with a paltry two WorldTour points. Are they heading for relegation from cycling’s elite division? 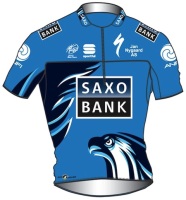 Will this be the last year we see the Saxo Bank jersey?

Jack: I highly doubt they are going to gain enough points for automatic survival. Without Alberto Contador, they’re not made up of great riders. The likes of Chris Anker Sorensen are solid performers, but not regular race winners. However, I highly doubt that they would lose their WorldTour status.

Sheree:I don’t think it will happen during the year largely because it would be too administratively difficult. Of course, all bets are off at the end of the season if they don’t have enough points to stay there next year.

Tim: I’ve pondered this elsewhere previously, and little has changed since. I will be amazed if Saxo Bank gain enough points to guarantee their ProTeam licence for 2013. Contador will not come back to this. I do suspect the team – at least in its current guise – is history at the end of the year, which is a bit harsh given that Alberto was riding for Astana at the time of his offence.

Kitty: There’s been a big debate around how riders’ points affect team standings and licences and this just highlights the knife-edge some teams are on when their best riders leave, for whatever reason, and those points get taken away. I think it would be a real shame if Saxo Bank got their licence pulled. Whatever people think of Bjarne Riis after his EPO confession, it would be difficult to argue that he hasn’t been a huge influence on how teams are put together and run. It would be terrible to punish him and the other cyclists on the team.

Sheree: I think we’re all in agreement with you on that one, Kitty. I also don’t think Alberto will be riding the Vuelta in Saxo Bank livery.

Tim: Movistar, maybe? Or will that ruffle Valverde’s feathers too much?

It’s been suggested that the organisers of Milan-San Remo might introduce more climbs to make the race harder. What do we think of that?

Kitty: As Inner Ring said in one of his posts after the race, M-SR changes all the time so this isn’t the sacrilege that some people think it is. That said, it does seem like they’re putting more climbs in to favour an Italian rider (i.e. Nibali). But that’s Italian racing and as much as they want to ensure an Italian victory, a race is a race is a race, and the road and the peloton on the day dictate what happens. It’s a beautiful and iconic race and that’s because it’s changed with the times and kept things fresh. I trust the organisers to do that in whatever way they see fit.

Will Milan-San Remo cease to be a sprinters’ Classic?

Sheree: There’s the argument that if it ain’t broke it doesn’t need fixing but even monuments like La Primavera can’t afford to stand still – innovate or die. More hills will change the nature of the course, it’ll be more selective, making a bunch sprint that much less likely.

Tim: This feels like a knee-jerk reaction to yet another year without an Italian winner. I agree there’s nothing wrong with change, but since Le Manie was included in 2008 the likelihood of a full-on bunch sprint is relatively small already – there’s a lovely, unpredictable balance. Italy already has the climber’s classic Il Lombardia and most of the other Classics strongly favour puncheurs or rouleurs over sprinters. Why turn M-SR into a spring Lombardia? Variety is the spice of life and all that.

Jack: I don’t find bunch sprints very exciting, but I think Milan-San Remo is the definitive sprinters’ race. I think as it is it has the right balance of terrain. It’s neither a certain bunch finish nor a guaranteed breakaway success. I don’t mind it being altered, but I’d rather not see drastic changes.

Which races are we most looking forward to over the next three months?

We’re looking forward to the Giro …

Tim: All the big Classics, naturally, but for me it’s all about the Giro. There’s nothing like the unfolding narrative of a three-week Grand Tour to create the stories and legends (and controversies!) that we’ll be talking about for years to come. Thankfully it’s a more balanced course this year – last year’s was so hard that it dulled the racing somewhat as everyone was racing just to survive half the time.

Sheree: Again, for me it’ll be the ones I’m watching live. I’m heading to the Basque country to see the GP Miguel Indurain and the Tour of the Basque Country which has 16 million inhabitants and 17 million bicycles! You can see why I like it there even though I struggle to make any headway with the language.

Kitty: Paris-Roubaix, the Giro and, to some extent, the Tour of California.

Jack: For me, this is the most exciting time of the year for cycling! My favourite race, Paris-Roubaix, and the Ardennes Classics promise to be brilliant spectacles. Not to mention the best Grand Tour of the three: the Giro!

Kitty: Now that we’ve seen E3 and Gent-Wevelgem, I’m really really looking forward to the Tour of Flanders and Paris-Roubaix. And hoping Philippe Gilbert gets back into fighting from for the Ardennes.

Sheree: Any excuse to crack open a bottle of my favourite beverage! Although I wrote and indeed still write about cycling on my own blog, I only ever wrote about what I’d either seen live or on the television. I could therefore write it without doing any research. So for me, the most surprisingly enjoyable aspect has been the research I’ve undertaken for VeloVoices. I spend hours navigating my way round websites, written in a number of different languages, sniffing out information and then trying to verify it. Just because it’s written doesn’t mean it’s true. You often need to get back to the original story, in its original language. Babel Fish has to answer for a lot of translation inaccuracies. I also have to add that it’s been great working with you guys largely because, although we don’t always agree, we are united in our love of cycling.

Tim: Two things for me. Firstly the blog has taken my depth of knowledge of the sport to a new level. I now pay close attention to lesser races I previously glossed over and have consequently discovered some hidden gems, which is a surprise and a delight. And secondly I’ve really enjoyed the wider interaction, both between the four of us and with our ever-growing army of blog readers, Twitter followers and Facebook fans. It’s great to be able to chew the fat with a wider community.

Kitty: The biggest surprise for me is just how much work it is. That said, it’s work I want to do and love to do, so it’s great! The most enjoyable thing, for me, is interacting with our tweeties and Facebook fans – we’re getting a lot of fun, knowledgeable people contributing to the energy and success of VeloVoices. I love that we’re getting people talking to us, with us and about us and, more importantly, about cycling – fabulous!

Jack: I never thought I’d be trying to translate an Argentinian radio station! That’s probably the single greatest surprise. My Spanish skills have been enhanced no end. Aside from that, I think the interactions with readers through Twitter, Facebook and comments on the articles have been excellent. It’s notoriously difficult to get readers to comment, so the fact we’re provoking and promoting discussion on the sport we love is brilliant!

Sheree: Now, can I pour everyone bar Jack a drink?

You can read part one of the round-table here.