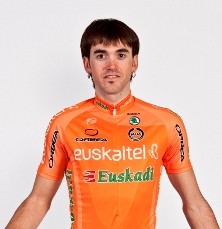 In much the same way that Omloop Het Nieuwsblad was a seat-of-your-pants race from start to finish and Kuurne-Brussel-Kuurne was a more controlled (and therefore much duller) race, so it seemed this second race of the weekend would go after the excitement of Friday’s E3 Harelbeke. The peloton was happy to let an escape group of nine men go away early on – including Jon Izaguirre from Euskaltel-Euskadi and Saxo Bank’s Anders Lund – and let them build up a lead of 9:2o before GreenEDGE decided to start picking up the pace at the front. By the time they hit the first of 11 climbs – the Casselberg with 97km to go – the gap was coming down slowly but surely.

Sky were riding on the front with GreenEDGE. As Cavendish had stated his desire to win this race, the team had to keep him in front while practically everyone else in the peloton wanted to distance him, ensuring that if there was a bunch sprint, he wouldn’t be participating. So far, so controlled.

As is the case with French coastal roads, however, the echelons formed almost as soon as they descended the Casselberg and split the peloton into three big groups, until FDJ-BigMat rode them all back together (or’samensmelten – that’s Sporza for merge) at the foot of the Catsberg, catching out riders such as Philippe Gilbert.

But it wasn’t until the bottom of the first climb of the Kemmelberg that the race was lit up by OPQS and Boonen. Attacking almost immediately, the response came from Cancellara, Peter Sagan and a few other ‘danger men’ – but not Sky. Meanwhile, in our little breakaway, Izaguirre attacked as well, distancing himself from everyone except Lund. Seriously? A Basque rider out in front on the Kemmelberg? And pushing on!?

Much like on Friday, Boonen and his OPQS boys led an elite group of riders over the final climbs, keeping the pace high with mammoth turns on the front and little digs and attacks as they went along, this time not to drop the big men in their group, but to make sure Cavendish wasn’t going to come back. And after the descent from the second climb of the Kemmelberg when Cav followed the wrong wheel and the gap formed before he knew it, the world champion’s race was over. And yet, our little carrot [the orange-kitted Izaguirre – Ed] was still out front with his Danish friend. Could an Euskatel rider win this race? They were still 2:23 in front when they came off the Kemmelberg!

But at the top of the Monteberg – the last climb of the race – Cancellara went to the front of the select group, digging, attacking, riding hard, as Sagan hung on. With 26km to go, the Boonen group reeled them in and the Cancellara/Sagan break was samensmelten into the big group of sprinters: Oscar Freire, Edvald Boasson Hagen, Filippo Pozzato, Juan Jose Rojas and Daniele Bennati. Iziguirre and Lund, after a warm handshake and pats on the back, were swept up in the last 15km – the Cinderella story of a Basque rider winning a Belgian race was not to be. But Boonen’s winning streak was to continue: after much barging and weaving and jostling, the sprint went and just as Rojas crashed hard at the back, Boonen swept across the line. A magnificent win.