Despite the Tour de San Luis – the biggest stage race in Argentina, and the 2012 season opener for many big-name riders – it’s fair to say that cycling isn’t the biggest of sports in the huge country, despite lurking under the shadows of the Andes mountains. These peaks have borne great riders from Argentina’s neighbour Colombia, who can boast podium finishes and stage victories in the Tour de France. Argentina certainly can’t.

They may not be able to show off illustrious names such as Fabio Parra, the Colombian who finished third in the 1988 Tour de France, Lucho Herrera, winner of the Dauphine Libere (twice) and 1987 Vuelta a Espana victor, or even Mauricio Soler, 2007 Tour de France King of the Mountains. However, they do have a couple of riders whom they can claim as their own – and you might not even realise it. The first of which is Milan-San Remo and twice Tour de France winner (the first ever man to do a double) Lucien Petit-Breton. 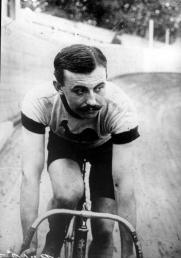 Not a very Argentinean name, is it? Well, that’s because, unsurprisingly, he wasn’t Argentinean. Born in Plessé, Britanny, this Frenchman has an extremely strong connection with the South American nation, and began his cycling career there. It all started in the capital, Buenos Aires.

His family emigrated when he was six years old after his father, a watchmaker, lost a local election. They sailed off to Argentina, a country looking for artisans, with his father hoping to continue his business abroad.

Petit-Breton worked as a groom at the Jockey Club in Buenos Aires at 14, and supposedly won a bicycle in a lottery before immediately throwing himself into local races. It was evident he had a knack for his passion, with success most obvious on the track. In 1899, the Frenchman became national champion of Argentina, both on the track and road.

He became a professional in 1902, and his racing licence was under the name Lucien Breton (later changed to Lucien Petit-Breton due to another cyclist going by the name of Breton) rather than his birth name Mazan – as his father didn’t approve of becoming a cyclist, supposedly likening it to being a circus clown.

Petit-Breton went back to France, and earned the nickname ‘L’Elegant Argentin’. It’s easy to see why, looking at his dashing appearance on the bike! He won the Bol d’Or, a 24-hour track endurance race, in 1904, a year before finishing fifth in his first Tour de France.

In 1907 he won the first ever Milan-San Remo race, before winning his first Tour de France, repeating the feat a year later. He died in a car crash in 1917 in World War I, fighting for his country of birth. Petit-Breton is without doubt Argentina’s biggest claim to cycling fame, with an incredible story behind his success. 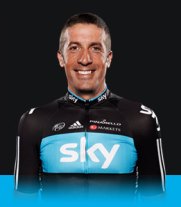 Another, more modern rider who Argentina may claim as their own is Team Sky’s Juan Antonio Flecha (a rather more Argentinian name than Petit-Breton), who rides for Spain.

The classics specialist was actually born in Junin, a city in the province of Buenos Aires, and he lived in his country of birth until the age of 11, when he moved to Sitges, 35 kilometres south-west of Barcelona.

The dusty mountain paths of the Andes and the slippery cobbles of northern France seem polar opposites, but 2010 Omloop Het Nieuwsblad winner Flecha, who’s finished in the top ten of Paris-Roubaix six times with a career best of second place, claims that it was the terrain in his home town which has made him so successful on the pavé:

I lived on a pavé street [in Junin]. I always had to ride a few kilometres on pavé to get out of town. Pavé was always linked to me; here in Europe they see me like a weird one, the Spaniard who likes pavé, however, I have come back to my origins, to my roots. … So, pavé is not so strange for me as they think.

So, whilst it appears that the most successful Argentinian riders in the history of the sport are Saxo Bank’s Haedo brothers from the small city of Chascomus in the province of Buenos Aires, Argentina could claim that they have had a two-time Tour de France winner and one of the greatest cobbles riders in modern cycling as their own . Not even Colombia can say that!