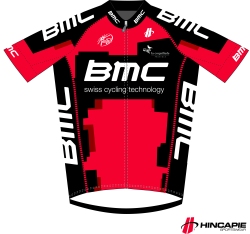 Why I’m following them:

Did Cadel Evans know when he bought himself out of his Silence-Lotto contract a few years ago to go to little ol’ BMC that he would be key to building this team into one of the strongest in the world? Did any of us suspect this would be the case? 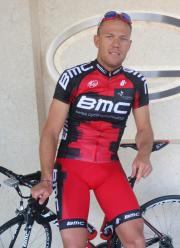 Last year started well (the first as a UCI ProTeam) and just got better, culminating with Evans being the first Australian to ever win the Tour de France. Then BMC went shopping and picked up an invincible Belgian national champion (and number one rider in the world) and a Norse God of Thunder. But how is this going to play out, I wonder, having Evans, Philippe Gilbert and Thor Hushovd all on the same team?

I’m fascinated by how the directeur sportifs are going to manage the personalities and ambitions of three of the biggest riders in the world. If the top tier trio is intimidating, the second tier isn’t too shabby either, with Greg van Avermaet making a strong showing in 2011, Alessandro Ballan always a threat in the Classics and George Hincapie almost certainly wanting to prove he’s still got a few wins in him before retirement.

While Evans will almost certainly have the team riding exclusively for him in the Tour de France, I wonder what’s going to go on between Hushovd, Gilbert and Ballan during the spring Classics. If there’s going to be a season of discontent for this team – and there’s no saying that there will be – then spring is probably going to be it. It’ll be interesting to see how the team dynamics play out.

Watch out for regular updates tracking BMC’s 2012 season over the coming months.