Doping stories are like buses, aren’t they? You go several months without one, then three come along at once. Yesterday we had separate stories break about track sprint world champion Gregory Bauge, road world champion Mark Cavendish and FDJ’s Yoann Offredo.

These reports elicited responses ranging from the sensible (a few) to bemused caution (many) to zealous condemnation (a small but vocal minority). But what is the real story in terms of the rights and wrongs – or not-so-wrongs? What follows below is a summary of what is currently known, and my view as to who is (and isn’t) to blame here. One caveat: these are personal opinions, and I fully accept that I am not in possession of the full facts. 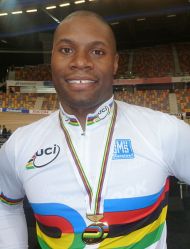 The sentence: Retrospective 12-month suspension applied by the French federation (FFC), with results for the period between 23/12/10 and 22/12/11  – which include two gold medals at the World Track Championships – annulled.

He says: Has expressed disbelief at the decision to strip him of his medals.

Who’s in the wrong?: Bauge for sure. Once a rider has two strikes against his name, he should be taking every possible precaution to avoid a critical third failure. As it is, he should consider himself lucky he is still free to compete at the Olympics.

The FFC is also to blame for brazenly attempting to apply only a suspension without the annulment of Bauge’s results (which only happened after the UCI intervened). Where is the punishment in a retrospective ban which has already ended if the rider gets to keep his results? The federation was clearly trying to have its cake and eat it here: being seen to uphold the letter of the law while riding roughshod over its spirit and ensuring one of their top medal prospects is available for the Olympics.

Finally, the UCI has again failed to cover itself in glory. Today’s L’Equipe mapped out the apparent timeline. Bauge’s third offence occurred in November 2010. He was informed of this on December 23rd (the date from which his ban was, correctly, retrospectively applied). However, for some reason the UCI did not inform the FFC until September 2011. On November 8th, the FFC applied its backdated one-year suspension, on top of which the UCI then annulled his results. However, the delay in notifying the FFC means the deadline for a potential appeal to the Court of Arbitration for Sport has already passed, which is unfair on Bauge.

L’Equipe points the finger of blame at both the UCI and FFC. I think that’s about right.

The sentence: None. It was Cavendish’s first offence.

He says: Cavendish confirmed he was with a film crew on Mount Etna on the given day, admitted his error and reiterated his support for the battle against doping.

Who’s in the wrong?: Not Cav. Missing a doping test is never a good thing, but it is only a first offence and it is easily done. It is like missing a deadline at work. No one wants to do it, but sometimes it happens – it’s hardly a sackable offence. Indeed, it was refreshing to see him admit his error, rather than attempting to deflect blame.

The real question here is how the Gazzetta got hold of this information and then their motivation for turning a non-story into a headline one. And I would also question the UCI’s chain of custody in allowing supposedly confidential data to fall into the hands of the press. Some of the media reaction has also been excessive, suggesting that a major rather than minor offence has been committed. Making such a big song and dance about one missed test is akin to you or I being given a speeding ticket and then being vilified as if we have been disqualified from driving altogether. Not big, not clever. 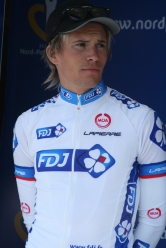 The sentence: To be confirmed. At worst, a two -year ban.

He says: Offredo stated that on two occasions he sent his whereabouts late. On the third he missed an out-of-competition test because a race was added to his schedule at the last minute and his team failed to make the necessary update.

Who’s in the wrong?: At the least, Offredo is certainly guilty of poor admin. Having slipped up twice he should have been more careful.

Offredo also told Reuters that he had not yet received an official notification from the FFC, and expressed surprise that the UCI had already publicised the case. This suggests that one (if not both) authorities have failed to follow due process too.

How the whereabouts system works

To understand more about the rights and wrongs of such offences as have been raised here, it’s useful to know how the whereabouts system works.

First and foremost, it is important to distinguish between a positive doping test (which confirms wrongdoing) and being unavailable to attend a doping control (which is more a crime of omission or inattention). In each of these three cases, it is the latter which has occurred.

The UCI lays out complex requirements to ensure riders are available for out-of-competition testing. It requires them to complete a detailed whereabouts form for each quarter of the year. In this they must detail where they expect to be on every day, including training and competition locations, and nominate a one-hour time slot where they can guarantee availability to testers.

It is now part and parcel of a professional rider’s ‘job’ that they must accommodate anti-doping procedures. It’s very easy to point a finger and say there is no excuse for being sloppy and consequently missing a test, but equally it requires a level of admin that is rather onerous.

Imagine if you were required to report your whereabouts for the next three months, including an hour every day where you would have to guarantee being at a particular place, and then update and resubmit your form every time your plans change. It’s a pain the proverbial, right? And very easy to slip up and just forget too.

This is why the UCI allows riders up to two infringements in a given 18-month period. It accepts that sometimes mistakes will be made, and so it does not publicise riders who have committed one or two offences. Only when a rider collects a third strike is that then considered to be the equivalent of a positive, at which point they then face potential sanction under article 15.4 of the UCI anti-doping rules.

1. Cases of whereabouts violations are only supposed to be publicised once a rider has committed three offences in 18 months. Therefore it is a concern that the Cavendish story ever came to be. How did the Gazzetta know, and why did they consider it newsworthy? (Does the UCI need to tighten its information flows?) Was it simply tabloid sensationalism, lazy journalism or perhaps an attempt to unsettle Cav to the benefit of Italian sprinters such as Alessandro Petacchi?

2. How on earth did the FFC think that a retrospective ban which has already expired constituted a punishment for Bauge unless they also confiscated his results? Gregory, you’ve been a naughty boy. Consider yourself punished. Now don’t do it again and go out and win us Olympic gold, eh?

3. Why did it take the UCI ten months to notify the FFC of Bauge’s offence, when it had already informed the rider himself long before? This smacks of the pending Alberto Contador case, where the UCI only released the news when German media were on the point of reporting the story anyway. That case smacked of a UCI cover-up. So does this one. You have to wonder how many other cases have been swept under the carpet, never to see the light of day.

4. Why did the UCI then publicise Offredo’s third offence before informing the French federation? Where is the consistency? This feels like there is one rule for the stars of the sport such as Bauge and Contador, and one for everyone else. Indeed, did the UCI rush out this story in the hope of deflecting attention away from the higher-profile Bauge and Cavendish?

5. If Offredo’s explanation is true, there is a good chance his third offence will be nullified, as he was actually in competition at the time. Regardless, I would expect the FFC to be lenient with him, as they were with both Bauge and Jeannie Longo, who escaped a ban last year after missing three out-of-competition tests, but was let off on the technicality that she was no longer on the list of athletes subject to testing by the French anti-doping agency AFLD. Similarly, Danish rider Alex Rasmussen was cleared after procedural errors were discovered. Is anyone in the sport capable of applying procedure correctly – is it really that difficult?

6. Why does the UCI leave it to the national federations to pass judgement and sentence in anti-doping cases? Surely there is a conflict of interest, particularly when it comes to the prosecution of a big name? Wouldn’t there be greater fairness and consistency if the UCI conducted these investigations centrally?

7. Taking all the above into account, is the UCI capable of doing anything without shooting itself in the foot? It can’t keep cases like Cavendish’s confidential to protect those who have made one accidental error from intense scrutiny. It can’t inform the right people at the right time.  And even when it does act, it seems to do so in an inconsistent manner which favours the sport’s stars over its journeymen. Is the UCI really wholeheartedly applying its own anti-doping policies? Or is it more concerned with being seen to do so while putting its political and commercial interests first?

Questions, questions. Just not many answers, answers. [What is this, a Jessie J song? – Ed]

In my darker moments, I have to wonder whether it is the riders or the authorities who are more in the wrong here. I am a firm believer in pursuing an aggressive anti-doping policy, and I am sickened every time a rider is revealed to have tested positive. But in the case of bans administered as a result of the (mis)management of whereabouts, I am increasingly of the mind that the current system – which is onerous on the riders in the extreme – is doing the sport more harm than good.

4 thoughts on “Doping stories: the rights and (not so) wrongs”